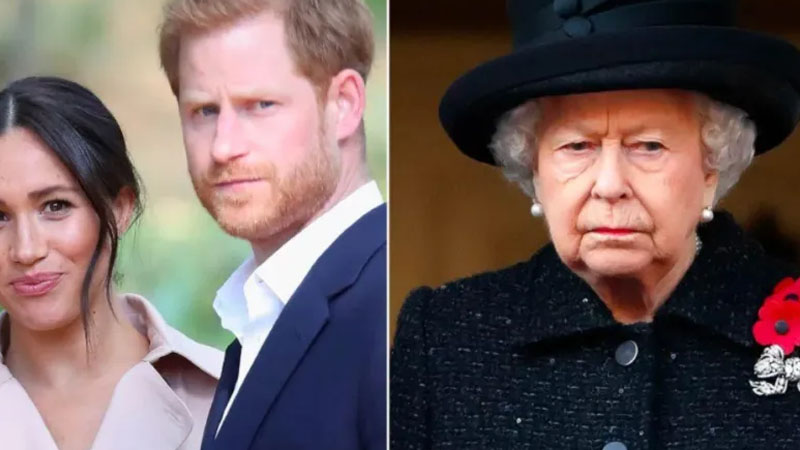 A royal biographer on Thursday said she thinks the British royal family is worried about the Duke’s mental health.

According to the details, Angela Levin was commenting on a Daily Mail report which, while citing an expert, said Kate Middleton is a “peacemaker” who wanted to pull Meghan and Harry back into fold before their Oprah Interview.

The claim was made on Twitter by royal author Angela Levin and in her admission, she wrote, “My view is that Harry’s family in London are very worried about his mental health and think slamming the royal door in his face could have devastating consequences.”

British tabloids and royal fans have been criticizing the Duke and Duchess of Sussex ever since the couple decided to step down from their roles as senior members of the royal family.

This comes three months after Meghan claimed in a bombshell interview with Oprah Winfrey that she was not given any support by the royal family after marrying Harry.

“There was no guidance,” she said. “Unlike what you see in the movies, there’s no class on how to speak, how to cross your legs, how to be royal. That was not offered to me. Even down to the National Anthem – no one thought to say ‘oh you’re American, you’re not gonna know that.’ So that’s me late at night Googling it.”

Meghan went on to make claims about the royal family and her 2 year-old son Archie.

“They didn’t want him to be a prince or princess, not knowing what the gender would be, which would be different from protocol, and said that he wasn’t going to receive security,” she said. “In those months when I was pregnant we have in tandem the conversation of, you won’t be given security, not gonna be given a title and also concerns and conversations about how dark his skin might be when he’s born.”