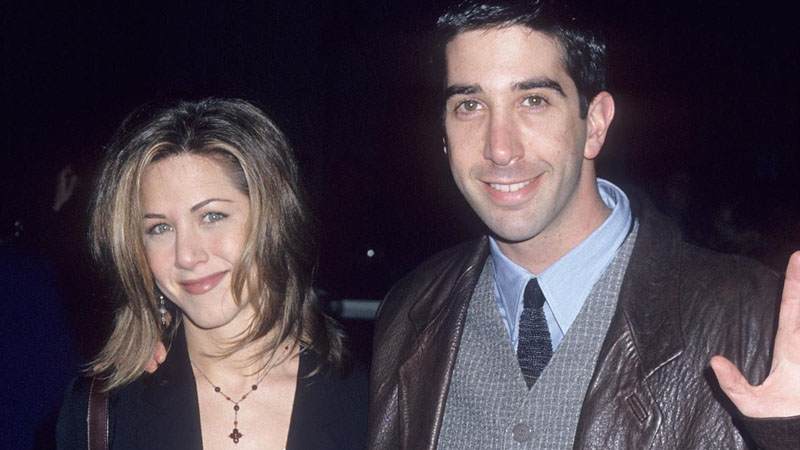 It’s hard to believe that Friends: The Reunion has come and gone but fortunately for us Friends fans, we can always go back to rewatch the memories like we constantly do with the glorious 10 seasons, 236 episodes of the iconic sitcom.

David recently took to his Instagram page to treat fans with BTS photos from the sets of Friends: The Reunion. Most of them include the OG6 cast, with their reunion huddle almost stealing the show. However, it was his last snap with a special someone that left Ross and Rachel fans’ hearts melting.

In the picture, you see Schwimmer sharing a warm embrace with Aniston and what made the hug more endearing was the anecdote shared by the 54-year-old actor in his IG post caption: “6. After a very long day, the last hug of the night.” Sharing that particular photo as his Instagram story, Jennifer reposted David’s story on her IG as well.

Could we be any more in love with David Schwimmer and Jennifer Aniston?

Another reason why David and Jennifer’s warm snap is all the more memorable is because of the love confessions made by the pair on Friends Reunion. “The first season, we, I had a major crush on Jen. [Jennifer says, “It was reciprocated.”] At some point, we were both crushing hard on each other but it was like two ships passing because one of us was always in a relationship. And we never crossed that boundary. We respected that…” Schwimmer confessed.

“I just remembered. Honestly, I remember saying one time to David, ‘It’s going to be such a bummer if the first time you and I actually kiss is going to be on national television.’ Sure enough, the first time we kissed was in that coffee shop. We just channeled all of our adoration and love for each other into Ross and Rachel,” Aniston added.

Will Harry and Meghan be invited to Queen’s Platinum Jubilee in 2022?

Why Won’t The Queen Totally Cut Off With Prince Harry? Royal Expert Reveals…