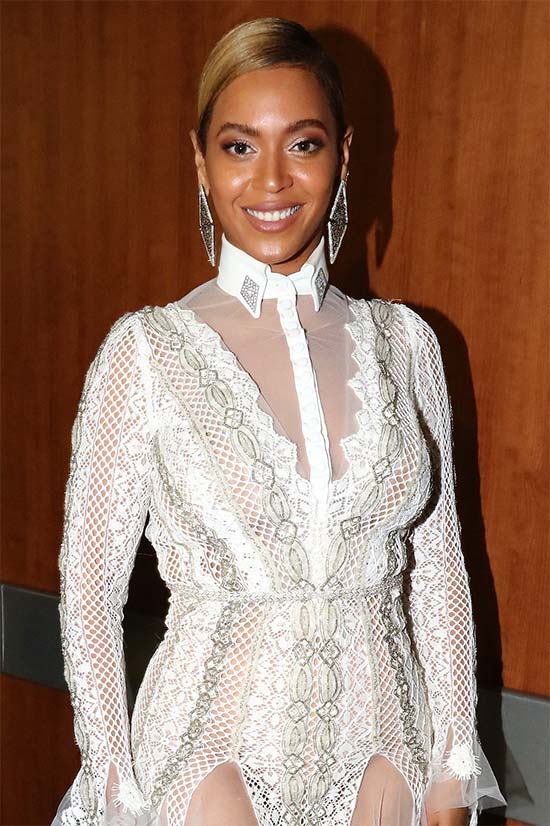 The 35-year-old singer and rapper husband Jay Z announced last month that they are adding to their family with twins, siblings for their five-year-old daughter Blue Ivy. While Beyonce has not publicly made any more comments about her pregnancy, she has been sharing pictures of her changing figure on her official website and social media. One such snap from the weekend saw Beyonce flaunting her growing bump in a tight black velvet minidress as she headed out to a dinner to mark her stepfather’s 70th birthday. It was the singer’s choice of accessory that prompted questions, however, as a fan noticed her earrings were the same ones she wore in her 2008 music video for hit song If I Were a Boy.

This prompted Beyonce super fan Alex, who goes by the handle @yawncey on Twitter, to speculate as to whether Beyonce had deliberately chosen the jewellery to reveal she is expecting twin sons. “Beyonce the type to subtly reveal the gender of her babies with earrings,” he wrote. “Why else is Mrs. Petty rocking the ‘If I Were A Boy’ earrings?” His remark sparked similar comments from fellow Beyonce fans, with one writing: “Sad but true, she is the master of cryptic codes and the true meaning behind them.” Another believed they had cracked the singer’s due date, tweeting: “Also she’s been rocking emeralds, which is the birthstone for May! Possible due date!”

However others thought Beyonce may have just been winding up her followers, with one writing on Twitter: “OR what if she knows everyone is on to her subliminal messages and now she’s trying to throw us off.” It’s not unlikely that Beyonce knows the sex of the twins, as it was claimed she told guests at a pre-Oscars party on 25 February (17) that she and Jay would be finding out the gender of their twins in two weeks’ time, which would have been the Saturday which has just passed.

Camila Cabello: ‘My Love Life is No One Else’s Business’