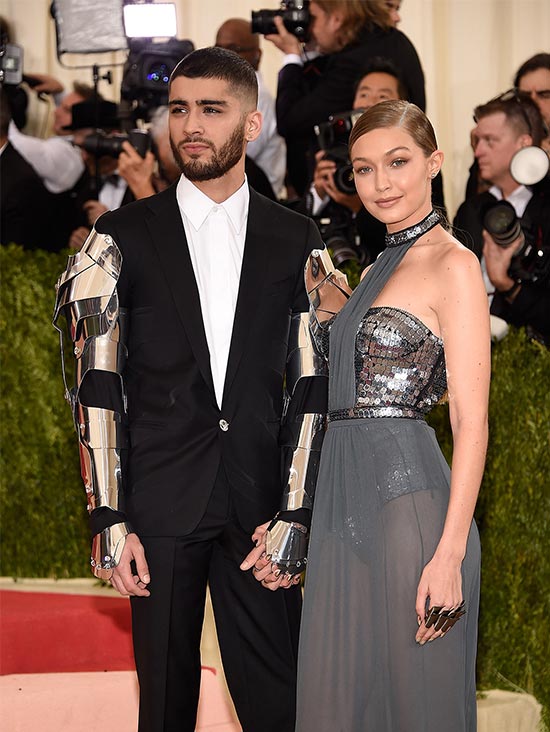 The former One Direction star reveals he likes to pull off grand gestures for Gigi Hadid and decided to take an impromptu trip to the French capital earlier this month (Mar17) to spend some quality time together while she was in Paris to work. However, his big surprise was foiled by modern technology. “She didn’t know I was coming,” he told The Sunday Times Style magazine. “I went up to the suite to knock on the door… But my number had changed to European on her phone, so it wasn’t much of a surprise in the end. She played along with it, though.”

“It’s been amazing spending time here with my girlfriend,” he said of their stay in Paris. The 24-year-old has been dating Gigi since late 2015, and Zayn reveals they have basically been living together in his Bel Air, California mansion for “this past year”. He has also introduced the American beauty to his loved ones in the U.K., although they have yet to make a trip to his native Bradford, England. “She’s met my family in London a few times, though,” he explained. Zayn relocated to California to focus on his solo career after quitting One Direction and then ending his engagement to Little Mix singer Perrie Edwards in August, 2015.

How Can I Find the Perfect Wedding Guest Dress?