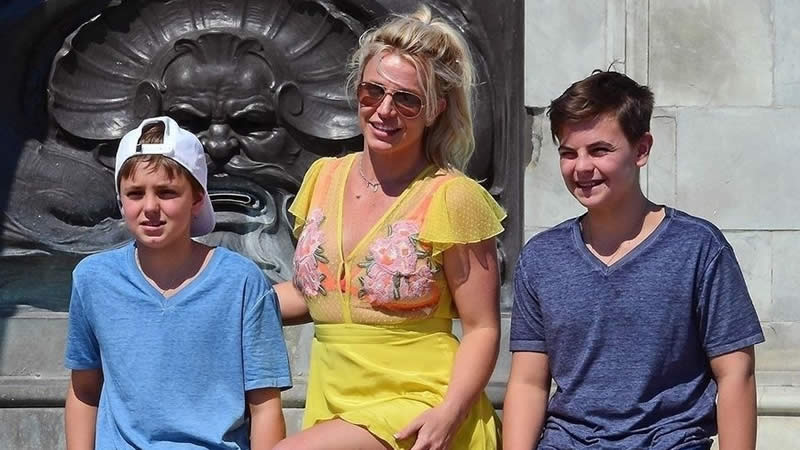 Britney Spears is a proud mother. The singer shared a rare comment on her two children, Sean and Jayden, a few days after their respective birthdays. Spears also explained why she so rarely shares pictures of her kids.

“My boys’ birthdays were last week … and unfortunately they are growing up and want to do their own things …. I have to ask their permission to post them because they are extremely independent little men,” Spears wrote.

“Anyway we had a small party and the coolest ice cream cakes 🍨 !!! It makes me crazy because they are so tall and geez they are still growing 😳😳 !!! They went to a dance last week and I cried for two days 😭😭😭 my babies in a suit !!! It’s crazy !!!” Spears wrote. “And girls get ready cause my boys are so handsome.”

Spears’ statement was accompanied by a heartfelt remark that read, “There is nothing stronger than the love between a mother and son,” as opposed to photos from Sean, 16, and Jayden, 15,’s birthday parties.

“I truly believe this quote which is why I wanted to share it … there’s a lot I can’t share with you all because my kids are very private which I love but I will tell you they are both extremely talented and I’m so incredibly blessed to have these two little men in my life ❤️🙏🏼 !!!” she shared. “And if they’re reading this … which I’m pretty sure they’re not … I love you two little devils so much 😈❤️ !!!“

As per Etonline, Spears shares her two sons with ex-husband Kevin Federline. Back in March, before Spears addressed in open court about her conservatorship issue and following legal developments, a source told ET that she’s been trying to spend more time with her children.

“Britney loves her boys and misses them every day she doesn’t see them,” the source said. “The boys try to visit as much as possible to spend quality time together.”

“Her kids are what she’s most proud of in her life,” the source further added. “She wants nothing more than to be with them any time she can.”

The challenge, as Spears addressed in March when she uploaded a rare photo of herself and her two sons on Instagram, is providing them privacy while avoiding the media spotlight that frequently looms over her.

“The boys adore their mom and want to see her and be there to support her, but they also want to stay out of the limelight,” the source shared. “It’s a bit of a juggling act but it is worth it to spend time with her.”

Meanwhile, Spears’ celebratory Instagram photo comes only a day after she reactivated her account six days after it was deactivated. She explained her absence on Twitter, saying she simply wanted to celebrate her engagement to Sam Asghari by taking some time away from social media.