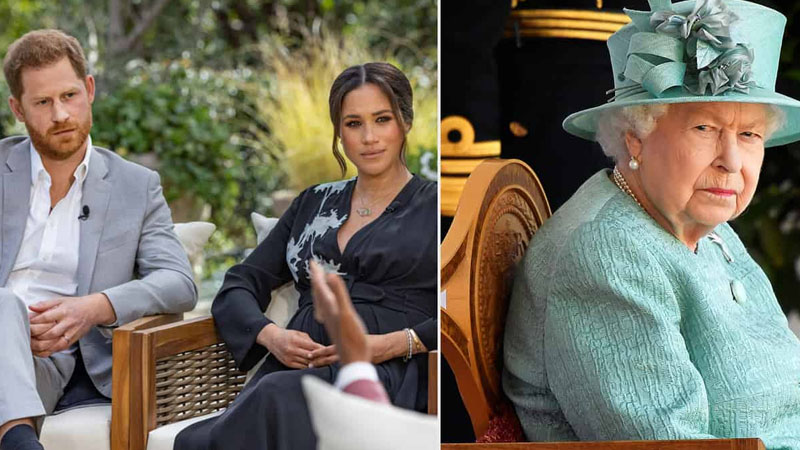 Prince Harry and Meghan Markle will “absolutely” receive an invite to Queen Elizabeth’s Platinum Jubilee next year, a report says.

According to the details, Buckingham Palace announced Wednesday that the Queen’s Platinum Jubilee will be celebrated over four days in June 2022 with several events, including a party at the palace.

The Duke and Duchess of Sussex are now based in California after stepping back from their roles as working royals last year, but they are expected to return to the United Kingdom (UK) and celebrate with the royal family when the Queen marks a historic 70 years as a monarch next year, Page Six reported, citing multiple unnamed sources.

Despite their dramatic exit and explosive interviews, multiple sources revealed to the portal that Harry and Meghan won’t be “iced out”.

A source revealed, “Of course they’re invited, it’s a family event!” Quoting an insider, the report adds that the royal family will also be keen on meeting Harry and Meghan’s second child — a baby girl whom the couple are gearing up to welcome anytime now. Their son Archie Harrison has spent only a handful of time with Kate and William’s kids George, Charlotte and Louis.

The events will continue with a Service of Thanksgiving on June 3 at St Paul’s Cathedral. The monarch and her relatives will then watch a horse race at the Derby at Epsom Downs on June 4 and attend a concert with “some of the world’s biggest entertainment stars” later that day. The Jubilee will conclude on June 5 with lunch and a pageant.

Prince Charles, Duchess Camilla, Prince William and Duchess Kate attend the festivities each year, although the Jubilee was canceled in 2020 and 2021 due to the coronavirus pandemic.

Harry and Meghan most recently appeared at the event in June 2019. The couple announced their intentions to step back in January 2020, and Buckingham Palace confirmed in February 2021 that they would not return as working royals.

“While we are all saddened by their decision, the duke and duchess remain much-loved members of the family,” the queen said in a statement at the time.

Prince Harry Is Tangled In His Own Untrue Stories