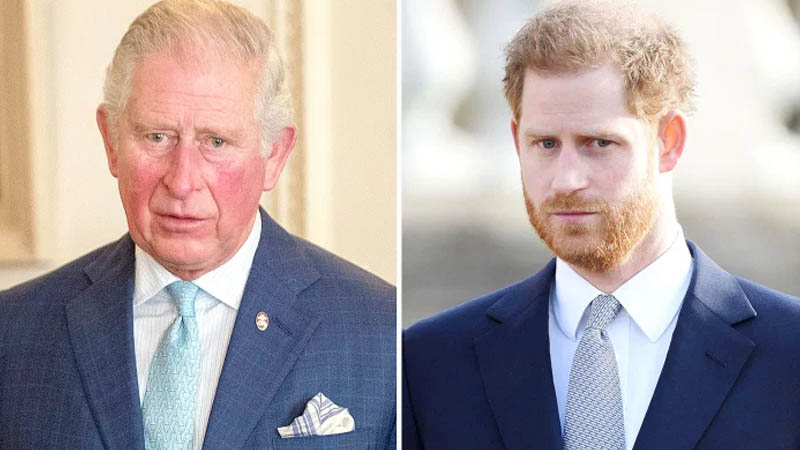 After Prince Harry continued to slam him throughout his interview, Prince Charles supposedly decided to remove him from his will.

According to Globe, the only way for Prince Charles to react against his youngest son is to remove him from his will. Prince Harry and Meghan Markle‘s titles as Duke and Duchess of Sussex are supposedly being stripped away by the successor to the throne. When he is anointed king, neither of their two children will inherit regal titles.

The source Micky added, “He has decided since Harry and Meghan quit royal duties for their celebrity life in a $14 million Montecito mansion, they will be exiled from royal life forever. That means no titles for their children or for them.”

Prince Charles is also said to have decided to leave the couple out of his will since they have been clear that they do not require his financial assistance. And, thanks to lucrative arrangements with Spotify and Netflix, Prince Harry and Markle are set for life.

Micky stated, “It’s the only way he can retaliate against Harry’s betrayal. He is beyond hurt and humiliated by the war his rebel son is waging against the royal family and really wants to defend himself, but Her Majesty decided the family should ignore Harry’s bitter barbs to avoid fanning the flames of their very public feud.”

At the end of the day, Prince Charles is well aware that his decision has ramifications. After all, it’s possible that he’ll never see Archie and Lili, his grandkids.

The heir to the throne, on the other hand, understands that this is what he must do to ensure the British monarchy’s survival. He also feels compelled to restore his reputation.

Micky stated that even though the relationship between the father and son is currently not on good terms, Prince Charles has not removed Prince Harry from his will.

Because the future king’s will is being kept secret, no one knows how much Prince William and Prince Harry will get.