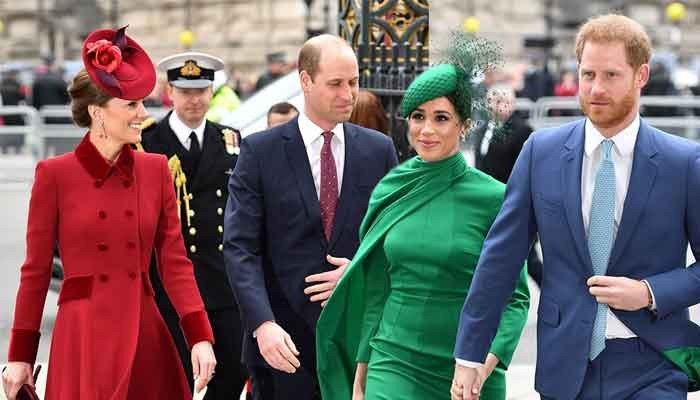 While Prince Harry and Meghan Markle are directly dropping bombshells on the British royal family, Prince William and Kate Middleton are taking a more indirect approach.

According to royal biographer Duncan Larcombe, the Duke and Duchess of Cambridge are trying to send a message to Harry and Meghan with their string of royal engagements.

“William and Kate are definitely on the charm offensive right now—and it’s working. While William has always spoken out against racism, his statement this time was really powerful and especially relevant after Harry and Meghan’s accusation about the royal family,” Larcombe said, commenting on the tweet.

“William and Kate have kept a dignified silence but now they’re letting their actions do the talking. It’s almost as if they’re sending a secret message to Harry and Meghan saying, ‘We’re going to keep going, we’re still here, we’re not backing down, we’re carrying on.’ It’s a message to Harry that life continues—with or without him,” he added.

Larcombe went on to address another accusation by the Duke of Sussex, who had told Oprah Winfrey back in March that he believed his brother Prince William and father Prince Charles were ‘trapped’ by the royal family.

“There’s no doubt the Cambridges have taken his accusation that William is ‘trapped’ in a role he doesn’t want and is determined to show that isn’t the case,” he said.

“Kate is full of smiles wherever she goes—she’s sending a message back to Harry and Meghan saying, ‘We’re happy, we’re fun—we’re not trapped like you said we are.'”

Meghan Markle and Prince Harry Have Partnered With Procter & Gamble