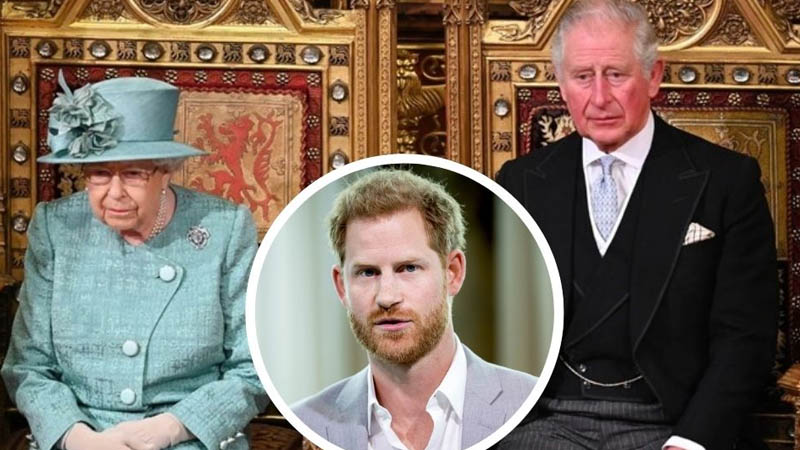 The Prince of Wales is the first to admit that he’s no spring chicken anymore. At 72 years old, he is the world’s longest-serving monarch-in-waiting. But after two years of “hell on earth” dealing with the fallout of his youngest son Prince Harry’s controversial exodus from the royal family, those close to Prince Charles said he is now teetering on the brink of collapse – emotionally and physically.

Indeed, just as Harry revealed he has penned an “accurate and wholly truthful” memoir about his life, a royal insider told us Charles is “not a good man”. The shock declaration comes as Charles appeared to keel over during a royal visit in Wales. “You can tell just by looking at him … with his swollen hands,” says a source. “Some say Charles is getting a bit unsteady on his feet and has come perilously close to a serious fall a few times.

“It’s a nightmare for everyone around him. This news about Harry’s book could send him over the edge.” According to the insider, Charles has rapidly deteriorated ever since Harry, 36, and his wife, Meghan Markle, 39, made serious allegations about him and the royal family in March, during their bombshell interview with Oprah Winfrey.

“At first Charles was angry, but since then he just seems exhausted and sad. It’s a huge emotional burden for a man of his age.” Charles has also become increasingly morose since his father, Prince Philip, passed away in April.

Straight after the funeral, where he had a short but tense run-in with Harry, Charles decamped to his cottage in Wales alone. And when Harry returned to London earlier this month to unveil a statue of his late mother, Princess Diana, Charles fled to his home in the Scottish Highlands.

Meanwhile, Harry’s own biographer, Angela Levin, confirms to New Idea that Charles “will be devastated” that his son has written a potentially explosive tell-all about him. According to Levin, Harry will reveal “every grievance” he has about the royal family, and will likely be cruel towards his father and estranged older brother, Prince William.

“Harry will apologize for his racist comments in his youth and for going to a fancy dress party in a Nazi uniform. He may talk about drugs,” the royal author suggests. “Charles may not have been the perfect parent – who is? – but he genuinely loves Harry. I am sure Harry will bash him again.

“No doubt Charles is feeling sad [about the book] because you cannot negotiate with someone who pours out his grievances in public, and also angry because, although Harry has left the royal family, he should abide by the rules.”

As for whether the Queen might finally strip Harry and Meghan of their titles over the memoir, Levin says: “The Queen loves Harry and worries about his mental health. If they do remove the titles, Harry will take advantage to be ruder still.”