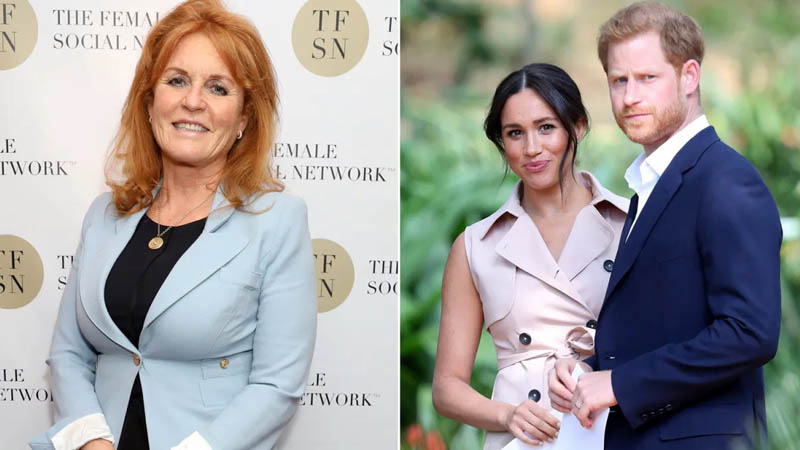 Sarah Ferguson has opened up about the popular Prince Harry and Meghan Markle interview with Oprah Winfrey that has already grabbed hundreds of headlines in a matter of four months. In an interview with The Telegraph, via ET Canada, the Duchess of York, 61, has come up with a rather diplomatic answer! Speaking of the revelations made by the Successes, Ferguson has revealed that she was immensely helped by the host Oprah Winfrey when she went to the United States for an interview as well.

“All I want to say on this is that Oprah helped me greatly when I went to the U.S. and was interviewed by her,” the Duchess shared. “I’m a great supporter of Oprah and everything that she does,” she added. Speaking similarly of the Queen, Sarah did not forget to emphasize how Her Majesty has also been “a huge guiding influence” in her life.

Sarah then said that her relationship with the Duke of Edinburgh is rather strained, as the Duke apparently couldn’t forgive her for the embarrassment she inflicted upon the Royal family when a photograph of Texas millionaire John Bryant had surfaced where he was sucking her toes.

When further questioned about her father-in-law, Sarah said that the Duke’s passing has definitely “left a great void in the family.” “He served his nation and the Queen with incredible dedication for almost 70 years,” she shared.

Prince William told the Queen he wasn’t sure he loved Kate Middleton: Report