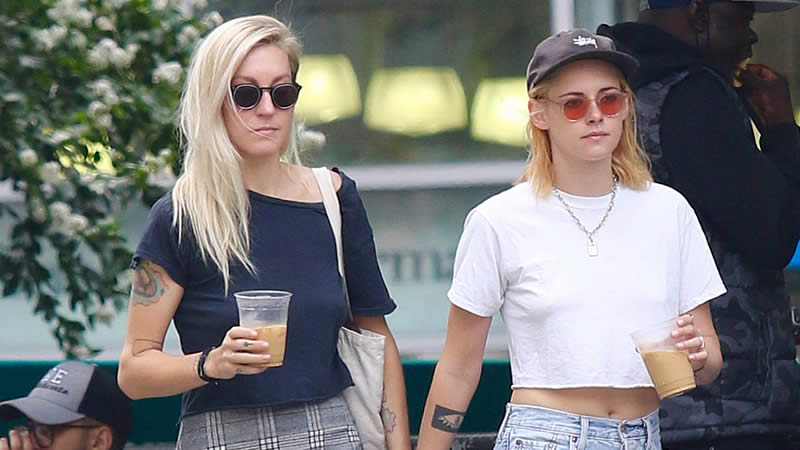 Kristen Stewart announces her engagement. The actor has been dating Dylan Meyer for two years now.

‘Snow White and the Huntsman’ actor Kristen Stewart has revealed she is engaged. The actor, who plays the role of Princess Diana in the movie Spencer, has revealed that she said yes to her partner Dylan Meyer.

Kristen Stewart has been dating Dylan Meyer for two years now. She shared the news of her engagement during an appearance on SiriusXM’s The Howard Stern Show and also said that a wedding is underway.

“We’re marrying, we’re totally gonna do it. I wanted to be proposed to, so I think I very distinctly carved out what I wanted and she nailed it. We’re marrying, it’s happening,” she said, as reported by E! News.

Coincidentally, during her last appearance on the talk show, Kristen had said that she wants to get married one day. She had also said that she is in love and that she would “absolutely” propose. “I can’t f–king wait,” she had added. Dylan is an actor and a writer. She is known for films such as Moxie, Rock Bottom, and Miss 2059.

Last year, speaking with InStyle Magazine, Kristen opened up about ‘being hounded’ to label herself. “I was going out every day knowing I’d be photographed while I was being affectionate with my girlfriend, but I didn’t want to talk about it. I did feel enormous pressure, but it wasn’t put on me by the [LGBTQ+] community. People were seeing those pictures and reading these articles and going, ‘Oh, well, I need to be shown’. I was a kid, and I felt personally affronted.

Now I relish it. I love the idea that anything I do with ease rubs off on somebody who is struggling. That s–t’s dope! When I see a little kid clearly feeling themselves in a way that they wouldn’t have when I grew up, it makes me skip,” she had said.

Kristen Stewart previously dated supermodel Stella Maxwell and Robert Pattinson. The Batman star and Kristen were together while they were filming the Twilight franchise.

“Game of Thrones” star, Nathalie Emmanuel Breaks Silence About Her Own Body-Shaming Experiences