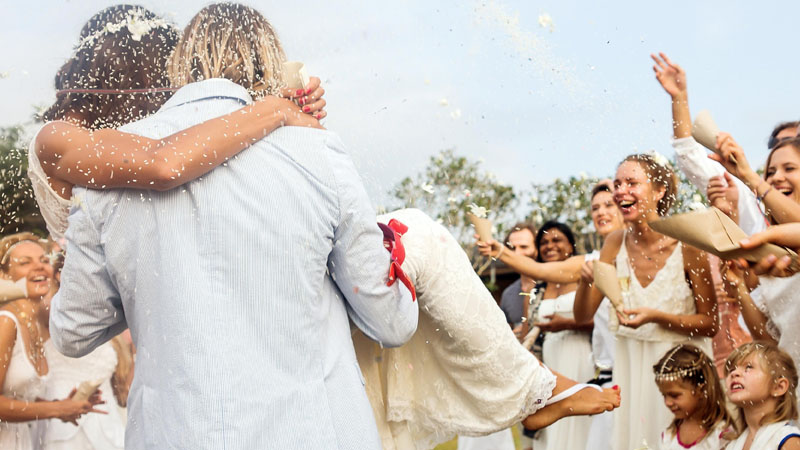 Boris Johnson will lift the 30-person limit on weddings, even if the June 21st easing of lockdown is delayed, according to reports last night.

The prime minister, who married Carrie Symonds on May 29 in a secret ceremony capped at 30 attendees, is understood to be determined to relax current wedding restrictions this month, The Times reports.

It comes as government ministers are said to be considering a fortnight delay to the June 21st deadline, amid concerns about the rate of transmission of new strains of coronavirus, such as the Indian ‘Delta’ variant.

Many couples across the UK have been forced to postpone their weddings repeatedly since the first lockdown restrictions were introduced in March last year. At present, 30 attendees are permitted at a wedding ceremony or reception in a Covid-secure venue.

So it will be great news for many wedding planners that proposals are being drawn up by the government to lift the limit on weddings, regardless of whether social distancing remains in place beyond June 21st.

The government is expected to relax the 30 people cap on weddings and civil partnerships as it did with funerals on May 17, under stage 3 of its roadmap out of lockdown.

Under the reported plans, Guests would be advised to exercise ‘caution’ around other households, but wouldn’t need to sit at socially distanced tables. Dancing is off the cards, except for the newlyweds’ first dance, and wearing masks is still required.

Along with weddings, restrictions are also expected to ease on christenings and bar mitzvahs.

The reported plans came as the UK tallied 7540 new cases of coronavirus – its highest daily leap in infections since February. And although Johnson is understood to be determined to relax the rules on weddings, on Wednesday he refused to commit to easing restrictions on June 21st.

Speaking as he touched down in Cornwall for the G7 summit, Johnson told reporters: “On Monday… we’ll have a look at where we are. I think what everybody can see very clearly is that cases are going up, and in some cases, hospitalizations are going up.”

“What we need to assess is the extent to which the vaccine rollout, which has been phenomenal, has built up protection in the population in order for us to go ahead to the next stage. And so that’s what we’ll be looking at.”

Meanwhile, a government source told The Times: “It’s been tough on the sector. If you’ve got stadiums full of people, why can’t weddings go ahead with more than 30 people?”