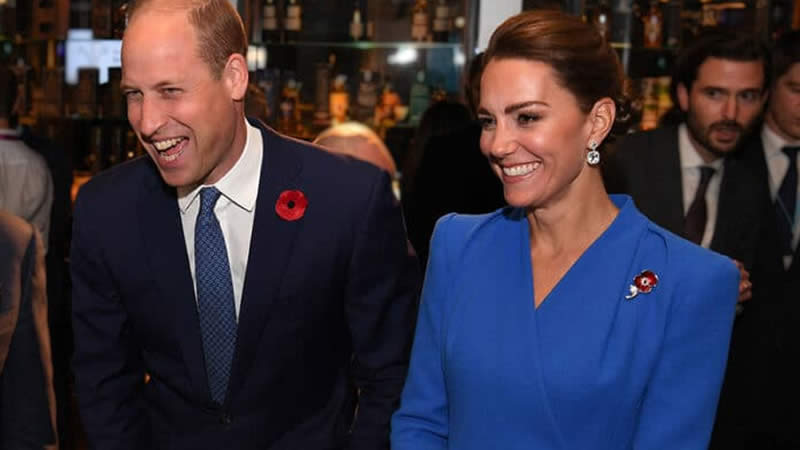 Duchess of Cambridge Kate Middleton chose the very apt hue of royal blue to dazzling at a COP26 event in Glasgow.

The mother-of-three stepped out alongside her husband Prince William as the pair chose far more glamorous outfits for their second appearance of the day after hanging out in the forest earlier.

Kate and Prince William had an outfit change after they spent the day with some young scouts before joining Prince Charles to host a reception for key members of the Sustainable Markets Initiative as well as winners and finalists of the first Earthshot Prize Awards.

The Duchess of Cambridge chose to wear a beautiful long, coat-style dress in a cobalt blue color by British bespoke designer Eponine for the reception, a brand she has favored many times in the past.

The dress featured structured shoulders and a subtle V-neck shape, the silhouette of which showed off her slender figure.

Kate opted for a pair of navy court heels to go along with the dress, while her usual bouncy blowdry was tucked up in a low bun. She also wore a pair of delicate dangling earrings for the occasion.

Alongside Kate was her husband Prince William who looked very dapper indeed wearing a navy suit as he joined his father Prince Charles and his wife Camilla for the event. The Duchess of Cornwall wore a teal Bruce Oldfield dress featuring buttons recycled from another outfit.

Queen Elizabeth was supposed to attend the event but it was advised against due to her health and so she addressed the assembled delegates via a recorded message as part of the reception.

Duke and Duchess of Cambridge have a longtime interest in nature and environmental activism. The duo stepped out for a series of events as they first visited Alexandra Park Sports Hub where the Duchess met with scouts about the association’s #PromiseToThePlanet campaign.

Limbaugh’s Show Is Now Replaced By The Young Blood