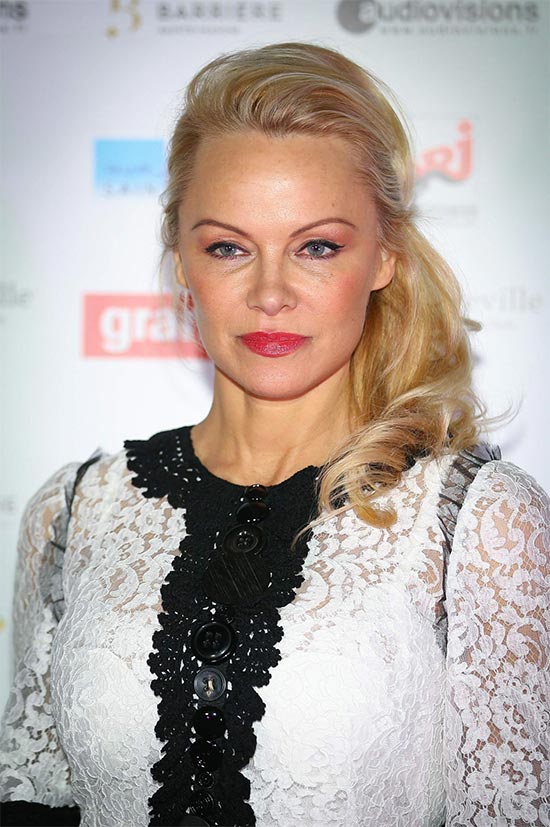 The former Baywatch star Pamela Anderson has become a regular visitor at the Ecuadorian embassy in London, where Assange has been in exile for the past four years in order to avoid extradition to Sweden, where he faces allegations of sexual assault. The 49-year-old has been campaigning on behalf of men falsely accused of rape, but her frequent visits have sparked speculation she and Julian are more than just friends. Pam has been coy about her relationship with Assange, but in her new poem, titled I Like How You Resist Me, she tries to explain how her dealings with the Wikileaks founder can help U.S. President Donald Trump’s working relationship with U.K. Prime Minister Theresa May and many other world leaders.

“I may have some advice for Trump and May on special relationships – based on my own special relationship with Julian Assange,” she writes. “Regarding Free Speech and Democracy… It is a romantic struggle. Things that the USA and UK bring to the relationship are Bad secrecy laws. Keeping Julian illegally detained. Hating transparency and Bombing countries. It is dysfunctional and unequal, this relationship to date. I wish to help them to improve it, and make it work…” In the poem, Pamela also offers up her opinion about several foreign policy issues.

“The USA has been spying on UK (reading emails and listening to calls)…,” she adds. “Keep things separate as in a good relationship. The UK should have an independent foreign policy not based on a special relationship – so, the UK and USA relationship would be based on a fundamental reconfiguration of domestic politics, and their relationship with the rest of the world.” And she urges U.S. and U.K. political leaders to change and stop abusing, or get rid of, espionage laws. “Stop shouting and punishing people who offer them help (as if a couple would turn against a relationship counsellor?) – Julian is trying to help,” she continues.

The post Pamela Anderson: ‘Julian Assange and I Have a Special Relationship’ appeared first on Womenz Magazine.