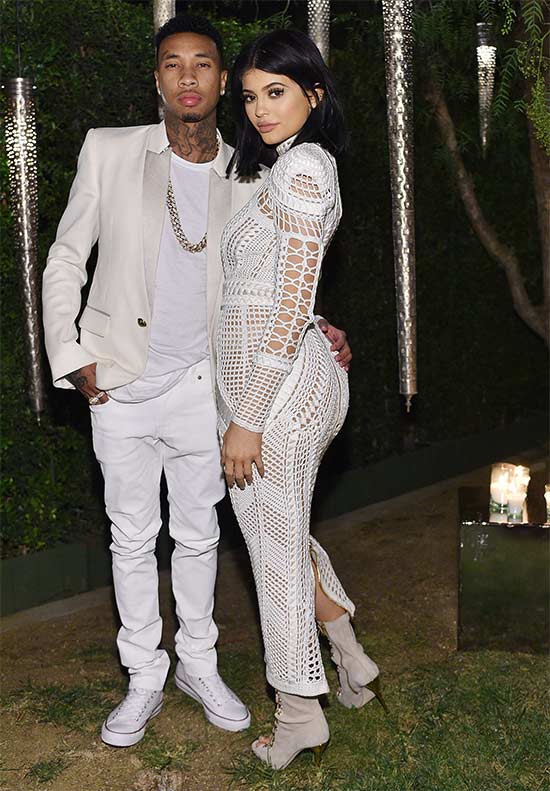 The 19-year-old reality star is said to have called it quits with Rack City hitmaker Tyga earlier this month (Apr17), and he was snapped moving out of her Hidden Hills, California mansion days later, although they have yet to comment on the alleged split. The make-up entrepreneur headed to the second weekend of the Coachella music festival in Indio, California, on Friday (21Apr17), and a number a festivalgoers spotted the Keeping Up with the Kardashians star holding hands and cuddling up to Travis, who was performing at the festival.

“Saw Travis Scott and Kylie Jenner making out during Dillon Francis set,” one Twitter user wrote in a post on Friday, while another fan shared a video of the couple holding hands as they walked through the crowds with a group of friends. Kylie later ditched her rumoured new beau to make an appearance at the grand opening of The Sugar Factory in Las Vegas on Saturday (22Apr17). The news comes as model Jordan Ozuna was forced to deny reports she’s dating Tyga. She joked on Twitter on Friday (21Apr17), “Omg y’all I’m not dating tyga come on,” alongside three laughing and crying emojis.

The rapper was snapped getting close to Jordan during a lunch date in West Hollywood on Thursday (20Apr17), with images published on DailyMail.co.uk showing the pair smiling at the Serafina Sunset restaurant. Tyga, who was also pictured pulling Jordan in for an affectionate hug after the meal, has yet to comment on the nature of his relationship with the Kylie lookalike.

Pamela Anderson: ‘Julian Assange and I Have a Special Relationship’