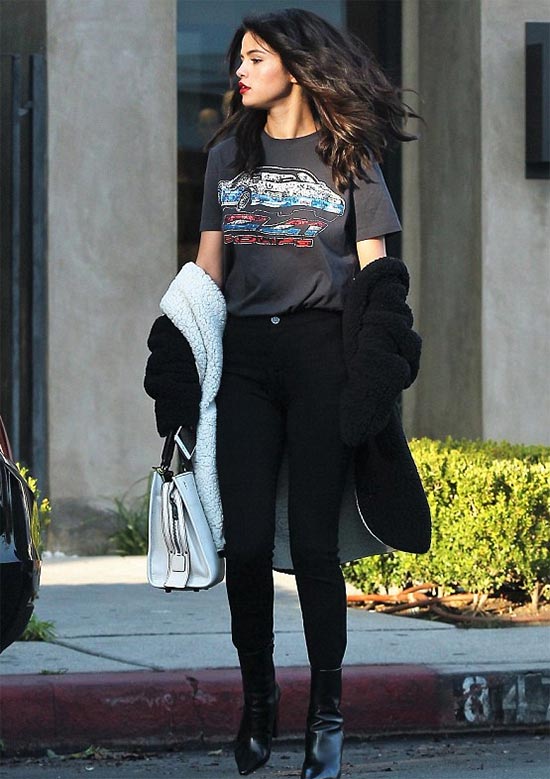 She posted a shot of herself getting ready for WE Day, but when she arrived at The Forum in Los Angeles to host the big event her hair seemed to have magically grown again. It appears the bob, which fooled over four million of the It Ain’t Me hitmaker’s Instagram followers, was a wig. “It was so funny,” Selena Gomez chuckled as she revealed all about the prank to Extra. “I was trying on different stuff and I posted a picture ’cause I liked the image. Evidently, people thought I cut my hair real short, but it’s still the same… it’s a little chop.”

She admitted she doesn’t think she’ll be going quite so short any time soon. “I don’t know, I’m terrified,” she added. “I’m going to keep it safe for now.” Gomez hosted WE Day for the fifth time and reveals she takes the event, which encourages young people to get involved in their local and global communities and volunteer, very seriously. “I love that it celebrates what kids are doing,” she explains. “We Day celebrates the fact that kids can come together and put their minds to everything.”

The post Selena Gomez: ‘My New Bob isn’t What it Seems’ appeared first on Womenz Magazine.