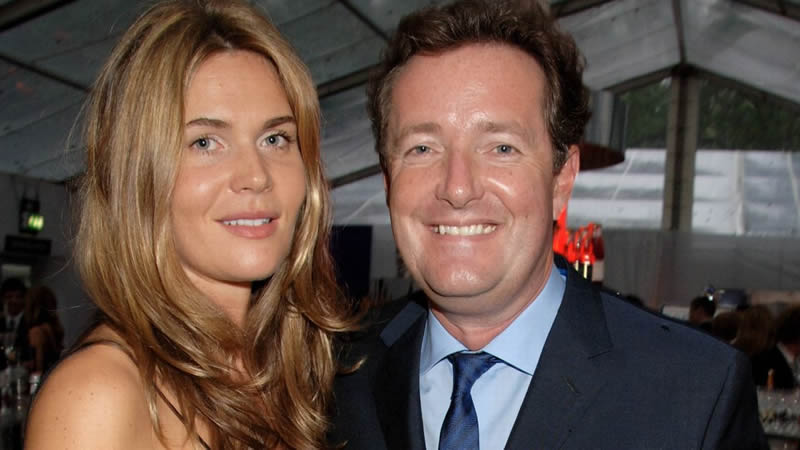 Piers Morgan has been accused of being “handsy” by his wife Celia Walden, as she posted an intimate photo from a recent taxi ride.

The 56-year-old former Good Morning Britain presenter was heading out in a taxi with newspaper columnist Celia, 45, when he laid his hand upon his wife while on their ride.

The couple have been married for 10 years and Celia has often given candid insight into their lives together and this was another such moment.

In the photo, Celia is seen wearing knee high boots and a pink coat.

Piers has then placed his hand upon her crossed leg and Celia decided that it required comment, captioning the pic: “NSICs, we used to call them when I was young and single.

“Not Safe In Cabs. I only went and married one #handsyhubby #haveyousanitised.”

Piers is not one to leave a jibe without a response and he came back with an epic comment, writing: “That’s not my hand.”

While fans felt moved to comment about the affectionate moment, Celia revealed that Piers’ favourite comment was nothing to do with is hand but further down his body.

One commenter had taken the former GMB host to task about not wearing his socks properly.

They wrote: “Piers, you have got your socks on the wrong feet, the logo should be on the outside!”

Celia wrote back saying that this was Piers “favourite comment”.

At the start of the month he took to social media to ask fans to buy his book and help “stick it to the cancel culture mob”.

Posting a selfie video on Twitter, in which Piers could be seen sat in his study at home with copies of his book Wake Up propped up on display behind him.

Addressing his 7.9 million followers, Piers began: “Ok it’s gone midday, so I can tell you now that I’m not actually going back to Good Morning Britain, that was just a little April Fool’s Day but oh did I catch some big fish with this one, most amusing.

“It’s also the publication day for the paperback of my book Wake Up, which is a call for a defence of freedom of speech and the right to have an opinion and an end to this ridiculous cancel culture that is currently wrecking our society.”

Piers continued: “Let’s back to what made Britain great, the ability to disagree with each other and then go and have a pint in the pub, not try and wreck each other’s lives for difference of opinion.

“And you know what I can’t think of a better way to stick it to the cancel culture mob and to take the paperback of my book to number one as well. So help an old jobless man in his hour of need.”