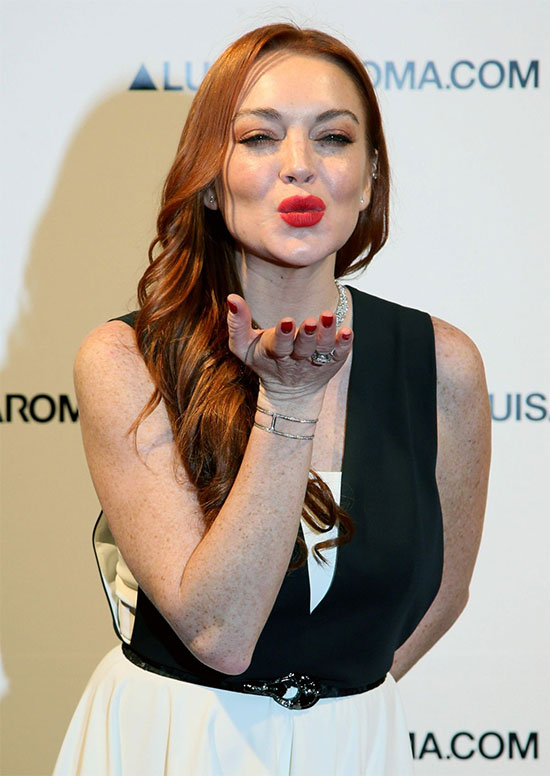 The Mean Girls star took to Instagram on Tuesday (25Apr17) and shared a black and white snap of herself posing on a boat, wearing a swimsuit underneath a shiny cover-up. She simply captioned it, “LOHAN by Lindsay Lohan“. In another image, she revealed she was with her manager, Scott Carlsen, in Greece, at the Grand Resort Lagonissi in Athens. Both shots were promptly deleted from her social media page, but that didn’t stop fans who saw the posts from speculating about the kind of designs Lindsay is preparing to unveil, with many claiming the new project will likely centre on beachwear.

Last month (Mar17), she shared a picture of herself in a headscarf and wrote, “New Fashion Line coming soon,” although no further details have been revealed since. The new collection won’t be Lindsay’s first attempt at conquering the fashion industry. She previously launched the 6126 clothing line in 2008, choosing to honour her Hollywood idol Marilyn Monroe with the label’s name, which represents the tragic actress’ birth date of 1 June, 1926. She then had a brief stint as artistic advisor for Emanuel Ungaro’s Spring 2010 collection, which was panned by critics, while she has also worked with brands including Philipp Plein and Civil Clothing, and in 2015, she teamed up with British label Lavish Alice to design a clothing range for the company.

Pamela Anderson: ‘Julian Assange and I Have a Special Relationship’

When Bella Thorne Revealed She Was Se*ually Abused At The Age 6: “I Don’t Want To Sit Down With The Cops & Convince Them I Was R*ped Many Times…”