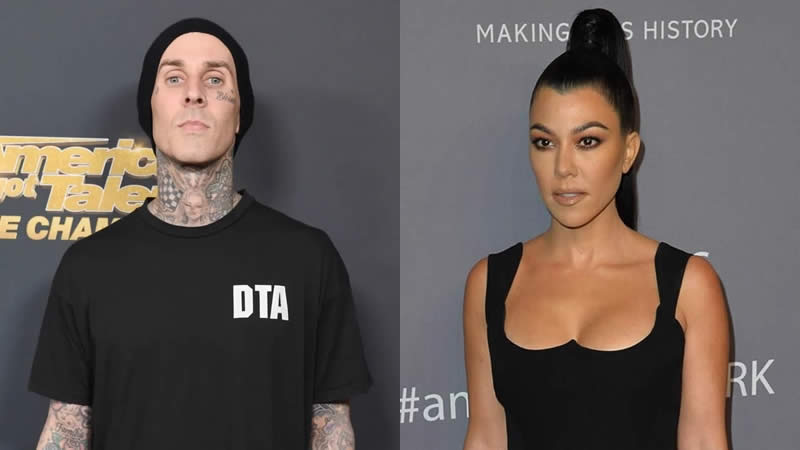 After avoiding plane travel for over a decade following a near-fatal plane crash in 2008, the Blink-182 drummer has taken his second flight in a month, flying to Italy with his beau Kourtney Kardashian for a vacation.

As per TMZ, reality TV star Kourtney Kardashian and Barker spent their Friday on a beach in San Fruttuoso, a small town in Genoa. Although the couple has made blended-family outings a hallmark of their relationship, they looked to be without children on this trip.

Barker, 45, was photographed boarding a plane with Kourtney, 42, her mother, Kris Jenner, and Corey Gamble earlier this month for a group vacation to Cabo San Lucas, Mexico.

Shortly afterward, he credited Kourtney for helping him overcome his phobia of flying, uploading a photo of the two in front of Kylie Jenner’s private plane with the caption “With you anything is possible.”

Kardashian replied in the comments, “Anything and everything with you.”

Barker’s flight to Cabo was his first since the South Carolina crash that claimed the lives of two pilots, the rocker’s assistant Chris Baker, and security guard Charles “Che” Still.

Barker and his friend Adam “DJ AM” Goldstein both made it out alive, but both dealt with the fallout from the trauma. Barker suffered third-degree burns over two-thirds of his body and spent months in the hospital undergoing 16 surgeries, while DJ AM died of a drug overdose a year after the accident.
Barker opened up to Men’s Health, earlier this year, about dealing with his PTSD and survivor’s guilt, which he worked on with months of therapy.

He says, “I was dark,” “I couldn’t walk down the street. If I saw a plane [in the sky], I was determined it was going to crash, and I just didn’t want to see it.”

“It’s gotten better further I get away from it,” he added. “The closer I was to it, it felt like I was closer to the bad stuff than I am to the good stuff.”