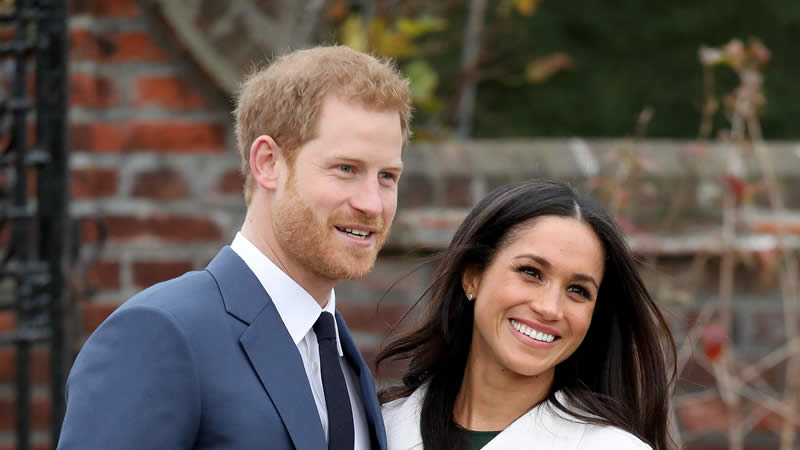 Prince Harry and Meghan Markle have had a long and drama-filled couple of years, but they celebrated their second wedding anniversary in a very relatable way in May 2020.

We now know a little more about their low-key second anniversary in quarantine, as reported in Town and Country, while they were still residing at Tyler Perry’s property in California. This information comes from an updated version of Finding Freedom, by Omid Scobie and Carolyn Durand, and including a new epilogue with updates on the couple’s life since the book was published last year.

According to the authors, “With restaurant outing off-limits, the couple had to get a little creative in May for their second-anniversary festivities at home, spending part of the day looking back at their 2018 with a number of people who had been part of the wedding festivities, including vendors that had helped bring their magical Windsor Castle ceremony to life.”

“They capped off the day with a Southern Californian favorite: Mexican food ordered from a popular local restaurant washed down with margaritas (alcoholic for him, nonalcoholic for her). For gifts, they exchanged cotton-based items, as the tradition suggests.” (Insert joke about how the royals are just like us!) Seriously, though, Mexican and margaritas sound like a perfect way to celebrate an anniversary in quarantine.

We’d already learned a little bit about their celebration and the fact that the couple is quite particular about themed gifts. At the time, according to Us Weekly Meghan also wrote a card for the second anniversary—yay calligraphy skills—and Harry got her a ring and bouquet.

Year 1 is paper, and year 3 is leather, in case you were curious; Meghan wrote out her wedding speech and had it framed for their first anniversary in 2019, according to People. They celebrated another special gift: their son Archie, who was born on 6th May 2019.

Apart from openly continuing their partnership with World Central Kitchen, it’s unclear how the pair spent their 2021 anniversary. But, given that their daughter Lilibet was born not long after on June 4, it was most likely a low-key in preparation to become parents again. The most wonderful present ever!

Kourtney Kardashian Flies To Italy With Travis Barker For Vacation