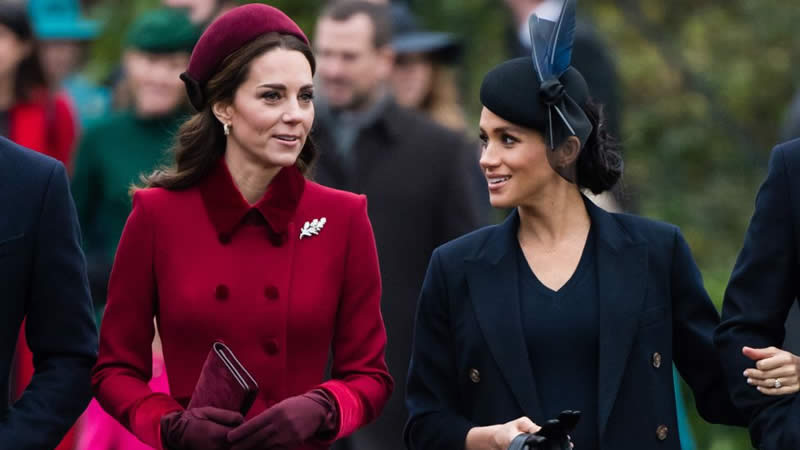 KATE MIDDLETON is set to break royal protocol with a response to Meghan Markle’s claims, a palace insider has allegedly said.

The Duchess of Sussex told Oprah Winfrey that the Duchess of Cambridge made her cry ahead of her wedding, after stories suggested that it was Meghan who had made Kate cry. Reports circulated ahead of the Sussexes’ nuptials that Meghan left Kate in tears at Princess Charlotte’s bridesmaid dress fitting – but Meghan told Winfrey “the reverse” happened. But following allegations, Kate is said to be planning her own statement.

A palace source told New Idea: “I have never seen Kate so angry and I don’t blame her.

“She was dragged into this within 10 minutes of Meghan’s interview and hasn’t been able to fight back.

“She usually adopts the Queen’s ‘never complain, never explain’ approach, but this has gone too far.”

They said: “They refuse to say who it was, which in some ways is worse because there’s a lot of speculation that it was Prince William.

“They aren’t quite on board with it, as they don’t want to turn this into a war of words any more than it already is, but for Kate, this is personal.”

Despite the latest claims from royal insiders, other commentators have suggested that while Prince William is “beyond livid” the Duchess of Cambridge was mentioned in the interview, the couple will stick to the Royal Family’s diktat of “never complain, never explain.”

Royal author Angela Levin said: “”I suspect what happens in the end is that William and Harry will have a sort of, ‘Gosh is colder today than it was yesterday’ type of relationship.

“I don’t think William would ever forgive Harry because he feels very protective of his wife and he is shocked at their rudeness about the Queen.

“So I think you can’t really repair that.”

Meghan had said she was not sharing the information to be “disparaging” – and described Kate as a “good person” – but added it was “really important for people to understand the truth”.

Meghan said Kate apologised and bought her flowers, adding that she has forgiven her.

She told the chat show host: “The narrative with Kate, which didn’t happen, was really, really difficult and something that… I think that’s when everything changed really.”

Winfrey pressed Meghan: “So specifically, did you make Kate cry?”

Fergie & Colin Firth: ‘They are the perfect match!’