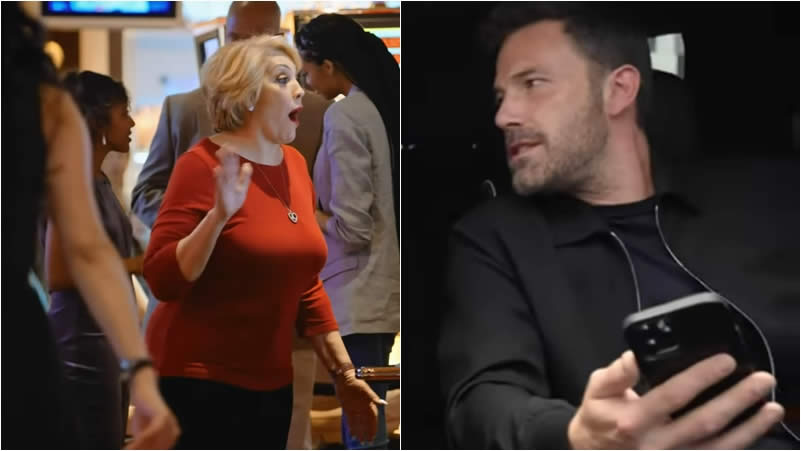 The 49-year-old recently directed the commercial for WynnBET, a new sports gambling app, and also stars in the promo, walking through the casino at the Wynn resort in Las Vegas, observing various gamblers, and taking suggestions on bets.

As Affleck walks by, Rodríguez risks all of her money on two slot machines at once, cheering at her hopeful winnings.

“Come on, Lupe!” she shouts halfway through the two-minute commercial. “You can do this, girl, just like the slots in St. Louis!”

According to the New York Post, the commercial was filmed in June when the two were spotted at the Wynn resort. Fit for the role, Lopez has described her mother in the past as a “huge gambler” who once scored $2.4 million (£1.7 million) at an Atlantic City casino.

While the singer was not spotted on set for the commercial, E! News reported at the time that the reunited couple “enjoy gambling together and have done it in the past” and Affleck was excited to take on the project. The ad also features appearances from basketball legend Shaquille O’Neal and comedian Melvin Gregg.

Affleck and Lopez, who were previously engaged between 2002 and 2004, reunited earlier this year after she parted ways with baseball star Alex Rodriguez.

The Batman vs. Superman star was recently spotted shopping for rings at Tiffany & Co. with his mum and son Samuel, sparking rumors that he was planning to propose. Last month, the couple was reportedly looking at houses in Los Angeles together.