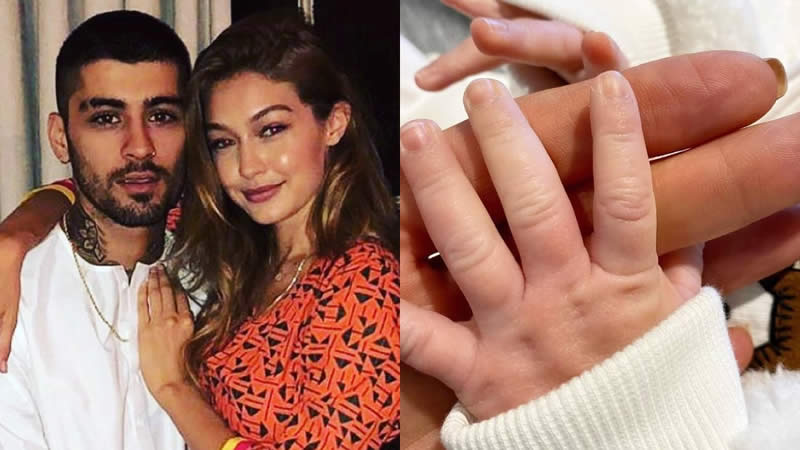 Back in September 2020, Gigi Hadid and Zayn Malik became parents for the first time. Since daughter Khai’s birth, the model has shared lots of adorable snippets of life behind closed doors with her baby girl and how motherhood has been so far.

But now Zayn has also weighed in on being a parent in a rare, honest interview. Speaking to iHeartRadio’s Valentine in the Morning, the musician gushed over their baby daughter and Gigi, saying being a dad is “amazing”.

“A lot of people that I was speaking to, obviously, before she was born and stuff were like, ‘It’s a big adjustment, and it’s going to be a massive change and stuff.’ But honestly, she’s an amazing baby,” he shared. “It’s been really easy for me and Gig to kind of just ease into it. She kind of made it easy for us, she sleeps really well, she loves her milk. It’s just feeding and changing diapers at the moment. It’s wicked. I’m enjoying it, for sure.”

Opening up about Gigi, who he’s been dating on and off since 2015, he added: “She’s good. She’s a wicked mum. Obviously, she’s really a big help with everything, and she’s doing well.”

Zayn also said that before becoming a dad it used to be “solely about me” but now he spends most of his days watching children’s TV and reading nursery rhymes. “The fact that [Khai] has been so easy to kind of just adjust to has been surprising to me because I just love spending my days with her, hanging out with her, just doing really relaxing chill stuff.

“Just watching kid shows on TV, on Netflix, learning nursery rhymes, just rolling around with her and just singing to her. It’s a really different pace of life, but it’s been really easy to adjust to it, for sure. I think that’s the most surprising thing.”

When asked if he had plans to settle down with Gigi, he said he hadn’t considered it yet. “We’re both quite young even though we’ve had a kid and stuff,” Zayn explained. “We’re still thinking about work and things we want to do career-wise, but maybe then in the far future, yeah, when we eventually pick a place to settle down, it will probably be something kind of similar to this, for sure, where it’s a relaxed environment and we can just chill out.”

While Zayn rarely posts pictures of Gigi on his social channels, the model recently marked Valentine’s Day by posting a series of sweet photos of her and the solo star over the years. “I love you, Valentine && love the Valentine we get to share forever 👼🏼,” she wrote.

Worse Than We Thought! This Heartbreaking News About Demi Lovato’s Health Just Got Out