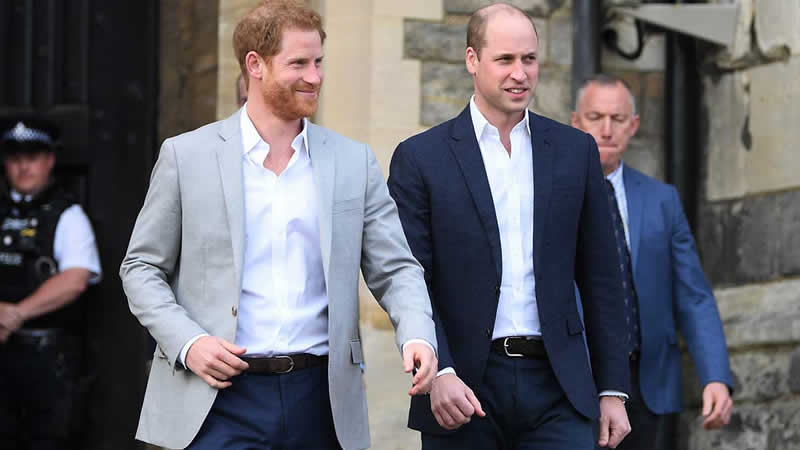 Were Prince Harry and Meghan Markle forced out of the UK after bullying accusations were leveled against the duchess? That’s what one tabloid reported not long back.  According to a recent edition of the Globe, Prince William insisted Prince Harry and Meghan Markle pack it up and leave Frogmore Cottage, but it was possibly all according to Markle’s plan.

The outlet explains William became “furious” with Markle after finding out her royal staff had accused her of bullying. When Markle “refused to apologize,” William decided to take matters into his own hands and boot the Sussexes out of London. But the magazine insists William believes it was all a part of Markle’s scheme to get Harry away from his family.

An inside source elaborates, “William believed Meghan was following a plan — ‘agenda’ was the word he used to his friend, undermining some precious principles of the monarchy if she really was treating her staff in this way,” adding, “William was upset that she seemed to be stealing his beloved brother away.”

The magazine then alleges Markle is behind Harry’s recent comments against his family, insisting she’s driving the wedge deeper. The move was allegedly preceded by a blowout argument between William and Harry. According to the source, “When Harry flared up in furious defense of his wife, the elder brother persisted. Harry shut off his phone angrily, so William went to speak to him personally.

He wanted to hear what Harry had to say. The showdown between the brothers was fierce and bitter.” On a final note, the source adds, “Neither Harry’s father, Prince Charles nor William want anything to do with the couple. They’re considered a total disgrace to the monarchy.”

So, is it true William was behind Harry and Markle’s exit from the UK? Not at all. First of all, Harry and Markle were not kicked out of Frogmore Cottage. In fact, they are still the official owners of the residence and are loaning it out to Harry’s cousin Eugenie and her husband.

It’s unclear on what grounds the tabloid is claiming William would be able to make Harry and Markle vacate their home. It was made even clearer upon Harry’s recent visit to the UK that he is still welcome in the cottage, and that he and William are at the very least civil with one another.

While it’s unclear to what extent the bullying accusations are valid, Markle has received the unwavering support of those she worked with both before and after her time in the UK. It’s obvious Markle is no “diva,” and this report is one of many tabloid reports attempting to drag Markle’s name through the dirt.

Harry and Markle left the UK of their own free will, and have since leveled their own accusations against the royal family. There is no evidence to support the magazine’s twisted version of these events.

The tabloid can’t get its stories straight on the Sussexes. Late last year, the outlet alleged the royal family was “shocked” Harry and Markle had left their Frogmore Cottage residence, a far cry from what this report is claiming.

Then the magazine printed a bizarre story about Liza Minelli helping the duke and duchess get settled into Los Angeles. And more recently, the tabloid claimed the Sussexes were caught in a lie about their finances, which turned out to not be the case. Obviously, the Globe has no real insight into the royals’ lives. – gossipcop

Difficulty hearing speech could be a risk factor for dementia, study finds