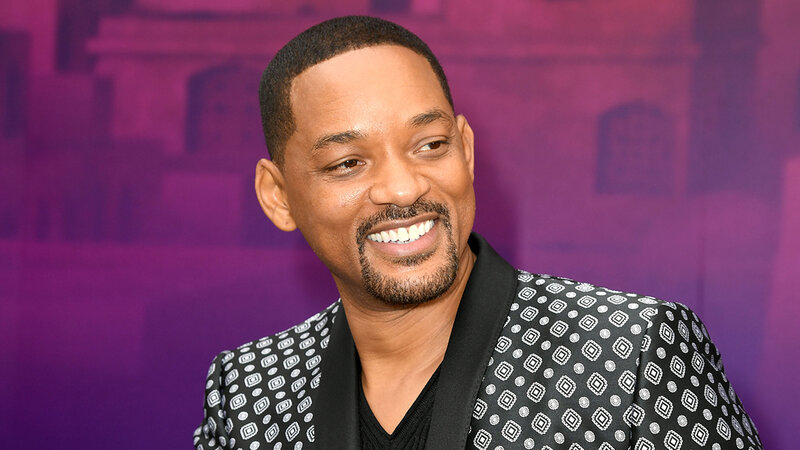 Will Smith arrives at the premiere of Disney's "Aladdin" at the El Capitan Theater on May 21, 2019 in Los Angeles, California.

Will Smith broke out into a country ‘hoedown’ as part of his new fitness regimen he recently kicked-off to lose his weight.

The clip begins with the Hollywood A-lister staring straight into the camera with his trademark beaming smile on his face.

On Monday, one week after admitting he’s in ‘the worst shape’ of his life, the I Am Legend star took to TikTok and Instagram and shared a video of himself dancing and clapping along to a tune with a twang.

‘My hoedown cool down,’ the 52-year-old wrote in the caption of the clip shot in a gym, in a likely reference to using the dance as a way to end a rigorous workout.

Willard Carroll Smith is an American actor, rapper, and film producer. Smith has been nominated for five Golden Globe Awards and two Academy Awards, and has won four Grammy Awards. During the late 1980s, he achieved modest fame as a rapper under the name The Fresh Prince.

Smith immediately starts clapping and shuffling his feet to the beat, which included a pounding bass drum and harmonica.

Dressed in sporty shorts and a baggy white t-shirt, the actor reshuffled his feet side-to-side, the leading man then begins to move in a circle, all while staying in the same spot.

Will Smith’s mission for a new body started on May 3 when he took to Instagram and confessed: ‘I’m gonna be real wit yall – I’m in the worst shape of my life.’

Sydney Sweeney Heartbroken For Trending On Twitter Over Her Looks