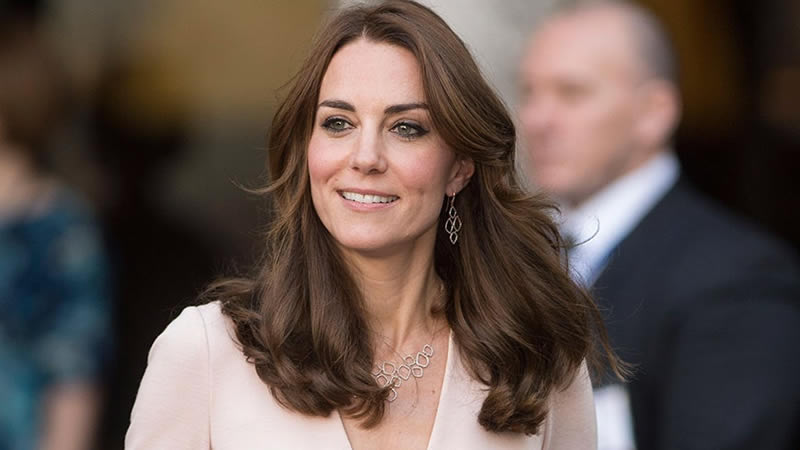 Among the heartache, grief and loss at the Duke of Edinburgh’s funeral on Saturday there was an outstanding ray of positivity that it was impossible to ignore, and one that couldn’t have been more simple and more powerful. Catherine, Duchess of Cambridge, stood tall and graceful. Her poise, elegance and quiet confidence reassured us that the monarchy is in good hands.

She has often been described as selfless and resilient, but on Saturday it became clear that it is her positivity – a characteristic she has had all her life – that outranks all these other qualities and stands her in such good stead. Not only can Prince William count on her, but his rather confused brother and the wider Royal family can also be grateful they have such a positive influence in their midst.

Joining the Royal family is far from easy, with its endless demands and lack of freedom. Catherine, now aged 39 and mother of three small children, quickly understood what her life would be and has been determined to make the very best of it. She accepted and understood what the country and the monarchy expected of her with elegance and dignity. Her beauty is not skin deep. Instead of complaining about her position, she has learnt to appreciate what it can offer to others.

Watching her after the funeral was impressive. The royals were expected to follow the Queen and be driven from St George’s Chapel the short journey to Windsor Castle, but at the last minute they decided they would all walk back in the glorious sunshine.

Stepping forward to talk to Prince Harry and you could tell by her soft movements that rather than get revenge for the criticism his wife Meghan Markle had aimed at her during Oprah Winfrey’s bombshell conversation, she was trying to break the ice. As William joined them and Catherine quietly stepped down off the pavement to give the brothers space to chat, she then quite naturally stepped back to talk to Sophie, Duchess of Wessex, occasionally taking a glance at the two men.

It might not lead anywhere but at least it was a start.

So what is the source of this positivity, which we all so desperately need now we have to face coming out of lockdown into a very different world?

Significantly, Catherine comes from a solid middle-class family. Her parents, Michael and Carole Middleton, have been strong role models and given her traditional values. She is also close to her sister Pippa and brother James and has thrived on the warmth generated by a close family.

She and Prince William met at the University of St Andrews and their relationship became public in 2004. Three years later William stepped back, apparently uncertain about their future. Kate, as she was then known, didn’t try to get her own back or make money by selling the story of their relationship. Nor did she complain. Instead, she seemed determined, on the surface at least, to have a good time. This smiling, positive woman making the best of things is probably what brought William back a few months later. And even then when Kate was mocked, ridiculed and called “Waity Katie”, she kept her feelings to herself, doing her best to look for the good in things.

This optimism has helped her cope with the demands of her position over the years. William, like Harry, has an aversion to the media and when he and Catherine became parents didn’t want photographers to interrupt their family life. Instead of going into battle, Catherine learnt how to become a photographer and has since provided a steady stream of delightful family pictures that the public have loved. She is also slowly letting Prince George, Princess Charlotte and Prince Louis understand how their lives are different but so far in a fun way. What could be more enjoyable than to stand outside your door and clap for the NHS?

After their marriage some people called her “lazy” for giving up work. But, instead of being cowed by such criticism, again she quietly turned a negative into a positive using the time she did have to thoroughly research what patronages she wanted to take on, getting a real understanding about how they worked to ensure she could be of use. Again this positive approach to the task in hand worked. Now, far from being seen as work-shy, she is recognised as one of the best-informed and motivated Royals.

She knew William didn’t merely want to cut ribbons and unveil plaques but to make a difference. Catherine joined William and Harry’s Royal Foundation and it is believed to have been instrumental with coming up with the idea of Heads Together. Making mental health a key issue was a radical decision and encouraged anyone who is depressed or suffering from a mental illness to seek help and not feel ashamed.

Since, she has worked to encourage children to be out in the fresh air and has had fun designing play centres. She has become a Royal Patron of Place2Be, a mental health charity that provides counselling and emotional support to children and teachers, and helped launch the first-ever Children’s Mental Health Week in 2015.

She believes that detecting problems when children are small can make a huge difference to their lives as adults. Much of her work has been around supporting and reaching out to young mothers, not to tell them what to do, but to share their feelings so they feel less alone. During the pandemic she and William have regularly Zoomed with frontline workers, teachers and parents, appreciating their hard work to help them feel more positive about their lives.

With so much negative noise having been generated around this family for the past year, the funeral on Saturday was not only an opportunity to say goodbye but also a quiet time of reflection of common family interests and bonds. With Catherine’s natural inclination for looking for the positive in any situation, I can’t think of a better hand to guide them through this next chapter.