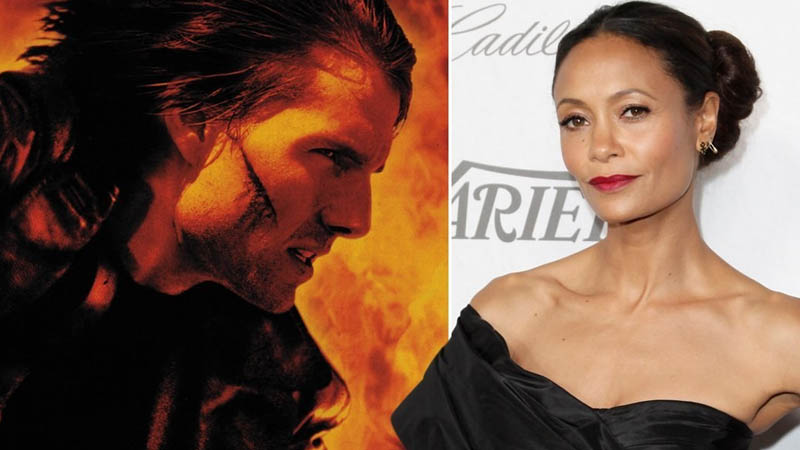 In a recent interview with Vulture, Thandie also said that she was never asked to be part of another project in the franchise.

“I was so scared of Tom. He was a very dominant individual. He tries superhard to be a nice person,” she claimed. “But the pressure. He takes on a lot. And I think he has this sense that only he can do everything as best as it can be done.”

Thandie went on to describe an evening where the duo was filming a night scene together. According to the actress, “Tom was not happy with what I was doing because I had the s–ttiest lines.”

“We filmed the entire scene with me being him—because, believe me, I knew the lines by then—and him playing me. And it was the most unhelpful…I can’t think of anything less revealing,” she continued. “It just pushed me further into a place of terror and insecurity. It was a real shame. And bless him. And I really do mean bless him, because he was trying his damnedest.”

According to Thandie, she later received a phone call from Tom. While she thought an apology may be coming, Thandie was ultimately told by her co-star that they were going to reshoot next week.

“The next time we shot it, I went in there and I just basically manifested all the—because I realized what he wanted. He just wanted this alpha bitch. And I did as best as I could,” she shared. “It’s not the best way to get the best work out of someone. He wasn’t horrible. It was just—he was really stressed. I had the most extraordinary time, and you know who got me that role? Nicole Kidman.”

While talking about her scene 20 years on, Thandie says she could have handled things in a different manner.

“That was more just surreal than anything. Look, creative stuff is difficult. I was so tender and sensitive. And, also, if you think about the timeline of that, it was still early in my healing, in my recovery. I’d had good therapy. I’d realized that I was precious,” she shared. “If it was me now, I would want to go in and go, ‘Hey!’ I’d be it. You wouldn’t need to play me and I play you on that balcony. And I would have squeezed that spot. Bam!”