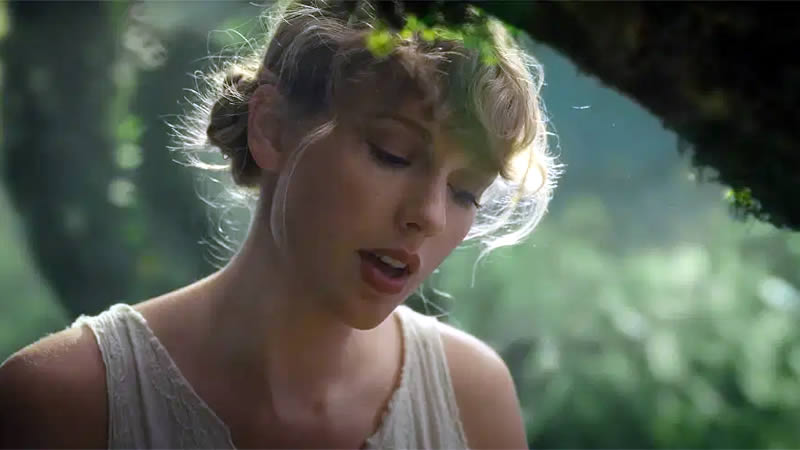 On Spotify it was streamed 80.6 million times, breaking the record for first-day album streams by a female artist. Folklore was also the most streamed pop album on Apple Music on its first day of release, with 35.47 million streams.

Folklore, which is Swift’s eighth studio album, dropped at midnight on Thursday — a surprise to her fans — alongside a music video for the track “Cardigan.” Among her collaborators, indie folk band Bon Iver appears with Swift on the track “exile.”

On social media, Swift also shared her vision for the album. “It started with imagery. Visuals that popped into my mind and piqued my curiosity. Stars drawn around scars. A cardigan that still bears the scent of loss twenty years later. Battleships sinking into the ocean, down, down, down. The tree swing in the woods of my childhood.”

She went on to write that the images in her head “grew faces or names and became characters” in the writing process. “I found myself not only writing my own stories, but also writing about or form the perspective of people I’ve never met, people I’ve known, or those I wish I hadn’t.”

The singer later wrote that, in isolation, her imagination has “run wild” and this album is the result, “a collection of songs and stories that flowed like a stream of consciousness.”