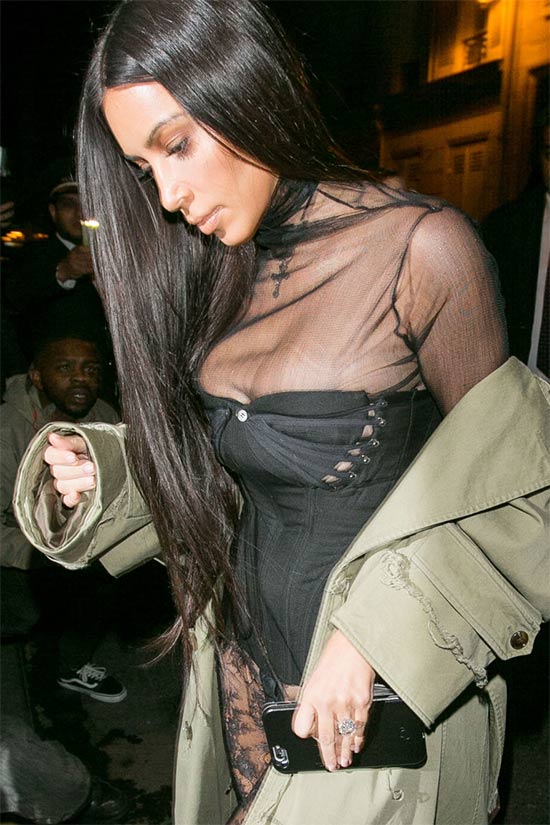 According to French paper Le Monde, the family’s longtime city chauffeur was arrested on Monday (09Jan17), amid ongoing reports suggesting the raid on Kim Kardashian Paris apartment was an inside job. The 27-year-old limousine driver was one of 16 suspects arrested in connection with the heist. Kim, her husband Kanye West and other members of the extended Kardashian-Jenner family regularly used the limo company he drives for while traveling in France.

Police are keen to determine if the unnamed driver passed information on to the thieves, which they used to pinpoint the best moment to plan their raid. Another one of those arrested criminals is 72. The Paris media suggests he may have organized the crime. The latest development comes days after model Naomi Campbell revealed she had been attacked at gunpoint in Paris in 2012. She suggested the limousine driver who picked her up from the airport in the city was an inside man, claiming he refused to put the car’s windows up or lock the doors.

Ariana Grande and Dalton Gomez get married in intimate ceremony