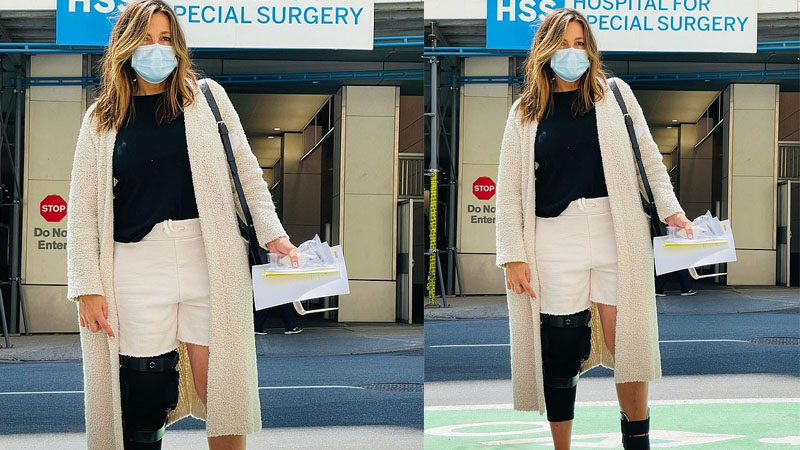 Wednesday afternoon, Mariska Hargitay shared a photo her leaving hospital Special Surgery (HSS) in New York. She revealed multiple serious leg and knee injuries so she is wearing a knee brace on one leg and an ankle brace on the other.

The Law & Order: Special Victims Unit star explained that after MRI, doctors discovered she had “a broken knee, a hairline fracture in [her] ankle and a torn ligament.” She did not explain how got injured, but did reveal a silver lining: She does not need surgery.

Her friend and fans wishes her and flooded the comments section with concerns. Strength and nutrition coach Adam Rosante wrote, “Apparently HSS actually stands for Hair & Shining Skin. Dude! You’re the only person I know who can walk out of that hospital looking like they just stepped out of a commercial.” One fan summed it up neatly on behalf of others, writing, “GIRL WHAT ON EARTH DID U DO!????!”

The details are unfolded about her injuries, clear she has a world of support behind her. The good news is that Law & Order: SVU has likely wrapped up for Season 22, which has only three episodes until its June 3 season finale. It will return for a 23rd season on NBC in the fall, we are not sure filming will resume over the summer or if it will be delayed at all due to Hargitay’s injuries.

The drama will likely continue to mount in the next few episodes of both Law & Order series, which will both continue in the fall. Catch Law & Order:SVUThursdays on NBC at 9 p.m. ET, with Law & Order: Organized Crime at 10.

10 Things I Wish I Knew Before Getting a Divorce