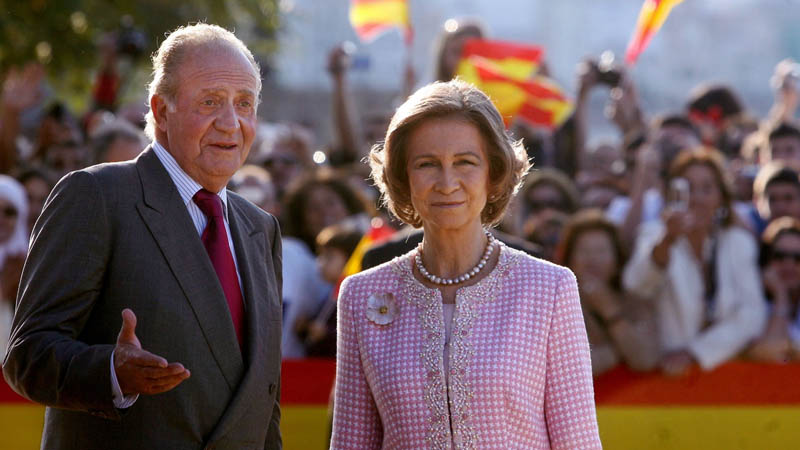 QUEEN Sofia of Spain must decide what her next steps will be now that her husband and former king Juan Carlos has gone into exile.

Sofia, 81, is said to enjoy spending time in the Spanish island of Mallorca at this time of year.

However, it is now not known whether she will continue her usual habit of holidaying there or accompany her husband of nearly 60 years instead.

She may also remain at home in Madrid, where she could assist her son King Felipe VI.

Analysts have said this may be necessary, since the corruption allegations have put pressure on Spain’s royal family.

It has even lead Spain’s Prime Minister, Pedro Sanchez, to intervene in Spanish royal affairs, calling the case against Juan Carlos ‘disturbing’.

The allegations also lead Juan Carlos’ son King Felipe to strip his father of his annual stipend – a payment to Juan Carlos from the Spanish state amounting to around £175,000 a year.

In addition, King Felipe also renounced any future inheritance from his father.

Royal commentators note Sofia had been at Juan Carlos’ side throughout the former king’s rule of Spain.

The royal couple became King and Queen of the nation in November 1975, after the death of Spain’s then-leader and dictator Francisco Franco.

In the decades that followed, Juan Carlos took a leading role in establishing democracy in Spain despite some efforts by others to reinstate the regime of Francisco Franco.

Sofia established herself as a supportive public figure beside the king throughout these years, and is now considered a popular and influential royal.

It remains to be seen what she will do following her husband’s exile. He abdicated from his role as king in 2014.

Juan Carlos has been facing the financial allegations since 2018, when Swiss police found evidence connecting Juan Carlos to bank accounts in Switzerland and Panama.

A subsequent investigation found €64 million – around £57.5 million – from the finance minister of Saudi Arabia had been deposited into the account.

The paper has also obtained a letter from Juan Carlos to his son Felipe VI announcing his decision to exile himself from Spain.

It reads: “A year ago, I told you of my willingness and desire to stand down from my institutional activities.

“Now, guided by the conviction to provide the best service to Spaniards, its institutions and to you as King, I am informing you of my well-considered decision to move away from Spain.”

Juan Carlos said he made the decision with “deep feeling but great calm”.
In response, King Felipe said he had “respect and appreciation” for his father’s decision.

Juan Carlos’ lawyer has confirmed the former king will still co-operate with Spanish prosecutors despite leaving the country.