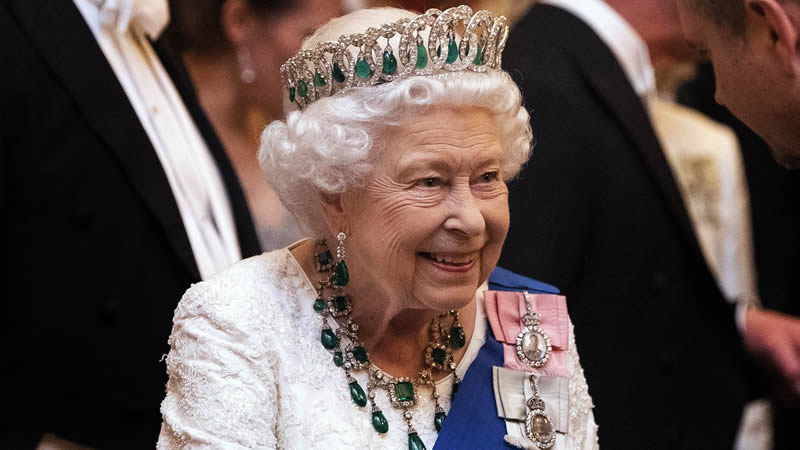 Queen Elizabeth, 95, isn’t someone who “directly enjoys the limelight,” but has a reason to look forward to her Platinum Jubilee celebrations this year.

After testing positive for Covid last month, the monarch is currently on the mend, and she’s gearing up for her Platinum Jubilee celebrations in June, reported PEOPLE. Talking about the long weekend of public events marking her 70th year on the throne, a source said that she’s not someone who “directly enjoys the limelight.”

But the source shared that she recognizes these anniversaries are moments for “people and communities to come together.” The source added that the occasion is a “big thank-you moment.” A live concert, Trooping the Color, the lighting of Platinum Jubilee beacons, a service of Thanksgiving, the Big Jubilee Lunch, and the Platinum Jubilee Pageant are some of the planned festivities.

Royal historian Robert Lacey said that the celebrations “embody the emotional and spiritual elements of the monarchy and what it means to peoples’ hearts.” According to Lacey, people feel “them as milestones in their own lives too.”

The Queen was just 25 when her father, King George VI, died and she became a monarch. In September 2015, she became the longest-ruling monarch in UK history. Meanwhile, it is said that she is “disheartened” as the chance to see her great-granddaughter Lilibet is “next to zero.”

Last June, her grandson Prince Harry and his wife Meghan Markle welcomed their second child, Lilibet Diana Mountbatten-Windsor. The couple named their daughter after the Queen’s childhood nickname, Lilibet. Even though they share this bond, Lilibet is yet to meet her great-grandmother.

The Sussexes live in California, the US, which is more than 5,000 miles away from Windsor Castle, where the Queen now resides, reported Express. Since Harry and Meghan‘s exit from the Royal Family two years ago, they have not been in the UK together. While the couple’s young son, Archie, has not returned since the move, Lilibet has never visited the UK.

It is believed that most members of the family, including the Queen, have met Lilibet via video call. There is no certainty over whether Harry and Meghan will return to the UK with their children.

Lilibet is unlikely to visit the UK and meet the Queen in person in the near future, according to Dylan Howard, author of “Royals At War.” He said that the chances of the “newborn reaching England in the foreseeable future is next to zero.” He added that “one must sympathize with the Queen. That’s disheartening and heartbreaking.”

Kim Kardashian believes she works harder than you do

Prince William’s College Classmate Says ‘Whenever Kate Was in the Room, William Was Paying Attention