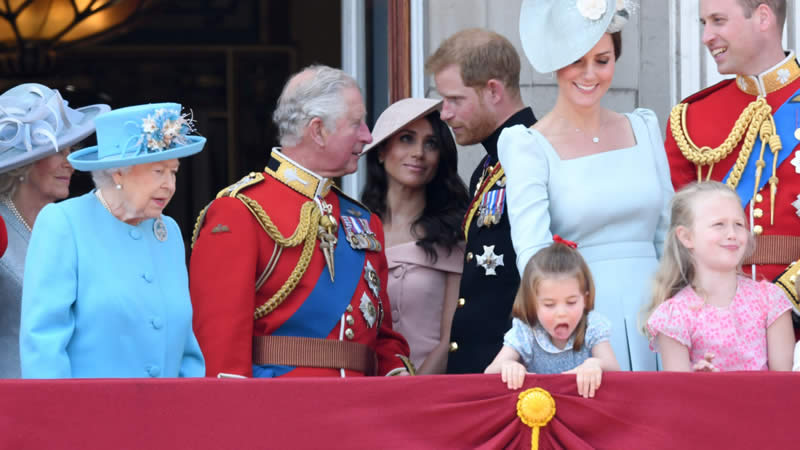 Whether Prince William and Kate were aware of the poignancy shouting out from the mural behind them is unknown, but the juxtaposition cannot be ignored. Yesterday, on a visit to an ambulance station, the couple stood in front of a damaged heart with a crown on top in the midst of their row with Harry and Meghan. The mural, with the words “Healing Hurt” beneath the heart, was painted by a group of street artists called Art Under The Hood in 2019 to decorate a “wellbeing garden” for staff.

No mention was made of it by William and Kate, who were on a morale-boosting mission for NHS workers in Newham, east London.

But these pictures of the visit will be seen in the context of the rift with William’s brother and his wife – and the hurt over Harry and Meghan’s claims in their Oprah Winfrey interview that they suffered from racism inside the Royal Family and were given no support when Meghan felt suicidal.

There is tension too over claims that senior courtiers failed to support staff who complained they were bullied by Meghan when the two royal couples shared a joint household at Kensington Palace in 2018.

Earlier this week one of Meghan’s friends, US broadcaster Gayle King, revealed that Harry had spoken to William and their father Prince Charles over the weekend – but the talks had been “unproductive”.

She also said no one from the Royal Family had talked to Meghan yet since the interview.

Yesterday William and Kate focused their attention instead on mental health, and how ambulance workers and paramedics had been coping during the pandemic.

When paramedic Jay Khan told the couple she had been unable to see her family, she asked if they could FaceTime her dad Abu in Bangladesh.

The couple agreed, and William told him: “You must be very proud of your daughter.”

Abu said: “Yes we are all very proud of her.”

Then they called Jay’s sister Nasrin and her grandad Baharam in the UK. William, 38, told them: “She works very hard and she’s looking forward to seeing you soon.”

Kate, 39, said: “Hopefully it won’t be too long before you can all meet up and see each other again.”

The couple then laughed as Jay, 29, told her family: “Say bye now. Let them go.”

William, who was holding an umbrella over his wife to shield her from the rain, quipped: “We can stay here and do some more family chatting if that works?”

He and Kate, who wore a £349 camel coat by Massimo Dutti, also met paramedic Shani Smith, who has been helping to run tea trucks to serve ambulance staff and medics over the past year.

She has also been using her mental health training to provide peer support. Shani, who has worked for the NHS for two decades, said this was the worst time she had experienced.

She told the royals: “It’s been like one long major incident.”

They also heard more about the mental health support provided to staff at the station, including drop-in sessions and “wellbeing spaces”, alongside wider initiatives provided by the London Ambulance Service such as its fleet of Wellbeing Tea Trucks.

Launched in February last year, the trucks travel to hospitals and control centres across the capital each day, serving hot drinks and snacks to ambulance staff and volunteers, offering them the chance to take a moment to pause and refresh.

Newham Station, which covers the boroughs of Newham and Waltham Forest, forms part of the second busiest station group in the London Ambulance Service – having attended more than 76,500 calls in the past year. Deptford is the busiest.

William is committed to supporting the mental health and wellbeing of the emergency services community, having witnessed first-hand the challenges that emergency responders face on a daily basis.

He served both as an Air Ambulance and an RAF Search and Rescue pilot when he was younger.

Over the last year, William and Kate and their Royal Foundation have worked to support those working on the frontline of the pandemic.

Prince Philip ‘Thought Extremely Fondly’ of Harry Despite the Rift