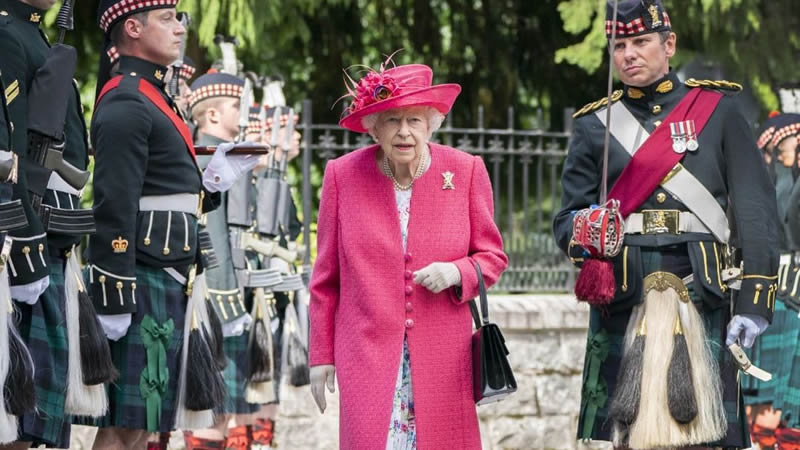 The Queen’s health has been put into concern after a staff worker at Balmoral tested positive for coronavirus.

Following a positive coronavirus PCR test, an employee at the Queen’s Scottish retreat was sent home on Saturday. According to a Palace insider, the Queen considered her trip to Balmoral as an opportunity to “get back to normal” after Prince Philip’s death.

A Palace source speaking to The Sun said: “All the staff at Balmoral are tested for Covid daily and on Saturday this person showed up as positive. They were sent home and the staff canteen and bar were shut.”

“They’re on a separate block on the estate.

“Workers have been told to wear masks and to socially distance but the royals themselves are pretty much carrying on as they were.”

The Palace source added: “Courtiers mooted the idea of staff putting the family’s meals on a buffet table with the royals then helping themselves.

“But the Queen has decided food will continue being served by servants.

“Also, the family will still go out shooting stag and having picnics on the estate.

“Although Her Majesty is 95 and has been double jabbed, the feeling is she still has to be careful yet she’s determined to carry on as normal. She does not want to overreact.”

The Queen did not attend the Balmoral church service on Sunday.

According to palace sources, she was awaiting the results of her PCR test.

The Queen’s visit to Balmoral is for the first time away from Windsor since Prince Philip died in April.

She was “tired and grieving,” according to royal sources, and “could not wait” to getaway.
The Queen will stay at Balmoral for August and September.

Several members of her family, including Prince William and Kate and their children, are expected to visit her.

As per the report of Express, Prince Charles and Camilla will also spend part of their summer at his estate, Birkhall.

The Queen Mother used to live at Birkhall.

Tips to Choosing the Right Moisturizer for Your Skin