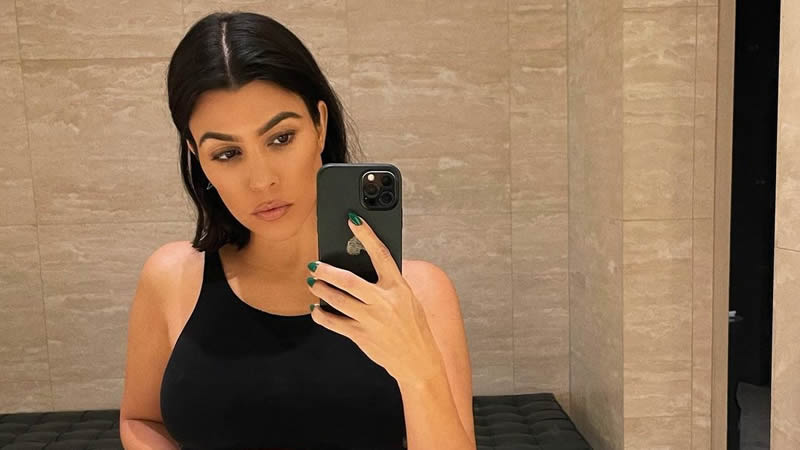 Kourtney Kardashian’s hair has undergone the biggest change, ever. For as long as we can remember, the 42-year-old entrepreneur has had her hair very long, but that is no longer the case. Her new hairdo is a short bob, which she just revealed!

We never expected something like this to happen. Though Kourtney and the rest of the Kardashian-Jenner sisters are typically on top of the latest and greatest beauty trends, we never believed Kourtney would go for a short hairstyle.

Nonetheless, the look is as flawless as any other for Kourtney. She showed her new chopped-off look on Instagram this week, with only the scissors emoji as a caption. And Kourtney’s fans were quick to express their admiration for her new look.

Travis Barker was one of the first to comment. He told his girlfriend, “You’re perfect.”

Travis, believe it or not, had something to do with Kourtney’s new hairstyle. Kourtney had revealed on Instagram a few days prior that she had let her boyfriend chop her hair! Travis did not appear to have cut Kourtney’s hair as short as the bob, but it appears that he did take a few inches off.

Kourtney sat topless with her hair reaching to her chest in the photo which was captioned “ten days of quarantine.” Her former hair length had extended past her waist.

Kourtney’s hair, which appears to be at least three inches long, is also shown in the same post. Kourtney’s trust in Travis to trim her hair is incredible!

This wasn’t the couple’s first attempt at assisting each other in changing their appearances. Travis let Kourtney give him a tattoo a few months ago! She inked the words “I love you” on his arm.

According to the report of SheFinds, Travis and Kourtney have been dating since the beginning of the year and have frequently shared photos of their dates on Instagram, which have included everything from dinners out to more crazy activities like chopping each other’s hair.

9 Hairstyles to Sport this Summer