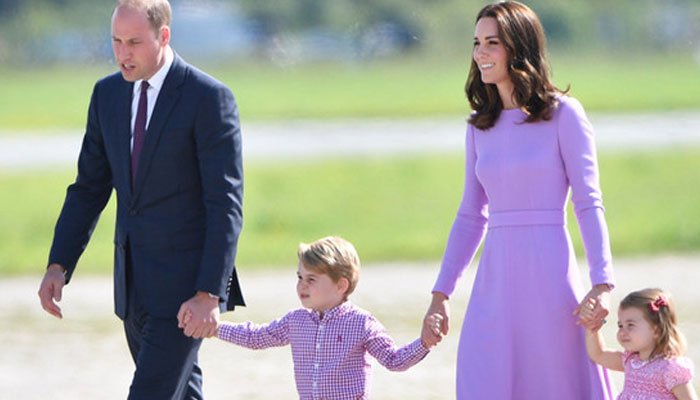 In the new family photo with British naturalist David Attenborough at Kensington Palace’s gardens, Kate could be seen holding her stomach.

The royal fans are hoping that there is a baby on the way after the Kensington Palace released the latest pictures of Prince William, Kate Middleton and their children — Prince George of Cambridge, Princess Charlotte of Cambridge and Prince Louis of Cambridge – with David Attenborough on its official Instagram handle.

The royal fans took to Twitter and shared their excitement after spotting Kate holding her stomach in the picture.

The photos were taken earlier this week after the 94-year-old broadcaster joined the Cambridges to watch an outdoor screening of his upcoming film.

“The Duke and Duchess of Cambridge are delighted to share new photographs of their family with @DavidAttenborough,” the official statement on Kensington Palace Insta handle reads.

It further says “The photographs were taken earlier this week in the gardens of Kensington Palace, after The Duke and Sir David attended an outdoor screening of Sir David’s upcoming feature film ‘David Attenborough: A Life On Our Planet’.”