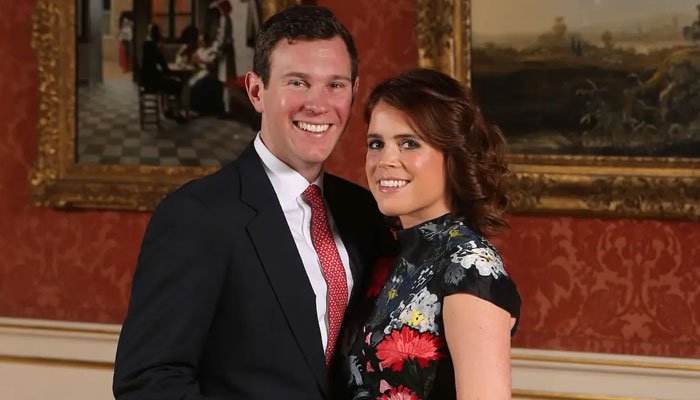 Buckingham Palace recently announced news of Princess Eugenie’s pregnancy and with her first child on the way, royal fans are gushing over the monarch’s grandchild.

The news was announced barely two hours ago via the Palace’s official Twitter account. The post featured a breathtaking picture of the couple as they stepped out for their very first photo-op as a newly married couple.

Even the caption complimented the post. It read, “Her Royal Highness Princess Eugenie and Mr Jack Brooksbank are very pleased to announce that they are expecting a baby in early 2021.

The Duke of York and Sarah, Duchess of York, Mr and Mrs George Brooksbank, The Queen and The Duke of Edinburgh are delighted with the news.”

Shortly after that, the princess posted an adorable update to her own social media handle as well. The post features a total of two pictures. The first snap was of a pair of fuzzy baby slippers while the other showcased the beaming portrait of the expecting parents.

Check it out below: