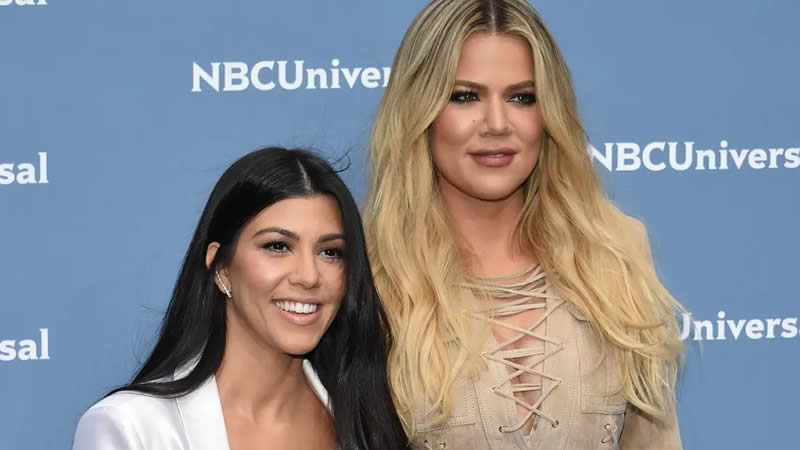 Keeping Up With The Kardashian fans can’t get over how much Khloe Kardashian looks like her sister Kourtney Kardashian in a new Instagram pic.

The Kardashian-Jenner clan are no strangers to thousands of Instagram comments, but the majority of the ones on 36-year-old Khloe’s latest picture had a theme. In the photo, Khloe is seen wearing black and white checked trousers and a sheer white shirt, holding a rhinestone sippy cup.

“My rhinestone cup makes water taste better ? btw, Kourt is jealous of my cup ? outfit: @goodamerican,” she wrote to her 121million followers.

Fans quickly commented on her likeness to sister Kourt, with one writing, “I thought this was Kourtney at first glance ☺️” and another adding, “@kourtneykardashian thought this was you!! ?” And another said, “Kourtney? Is that you?”

Khloe replied to one of the comparisons with, “Wow!! What a compliment.”

This isn’t the first time Khloe has responded to fans on Instagram, though it’s usually in response to comments that are a little less kind. Most recently, the Keeping Up With The Kardashian star hit back at those who continually critique her changing looks.

In response to comments about why she changes her hair so much, Khloe wrote, “Sometimes a girl just needs to change. I’ll always go back to blonde I just think I need a little something different right now.”

You do you, Khlo Khlo.

Welcome to Your Clean-Eating Plan For 2017