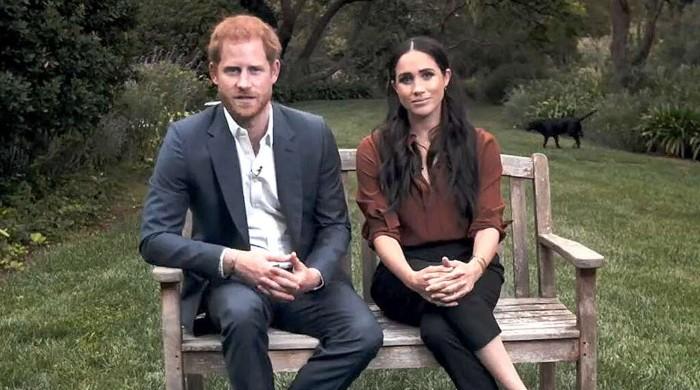 Prince Harry and Meghan Markle have amplified the outrage against them after their recent TV appearance.

And while royal fans were already up in arms against the two for ‘breaking royal protocol’ and ‘interfering with US politics’, the US government too has expressed its ire.

After US President Donald Trump, his former campaign advisor Corey Lewandowski said he is hopeful that the Duke and Duchess of Sussex will now leave the country.

Talking to Daily Mail, he said: “They made Britain great again by leaving, I hope they do the same for us.”

Lewandowski after being asked about the royal pair’s actions, also blasted Trump’s opponent for the upcoming electoral race, Democratic nominee, Joe Biden: “I’m assuming you’re asking me because of Joe Biden’s record of hateful and divisive language, particularly toward the African American community?”

Earlier on Wednesday, Prince Harry had joined Meghan for their first official primetime TV appearance, to urge Americans to “reject hate speech, misinformation and online negativity” ahead of the US general election in November.

Meghan added: “We’re six weeks out from the election, and today is Voter Registration Day. Every four years, we’re told the same thing, ‘This is the most important election of our lifetime.’ But this one is.”

“When we vote, our values are put into action, and our voices are heard,” she added.