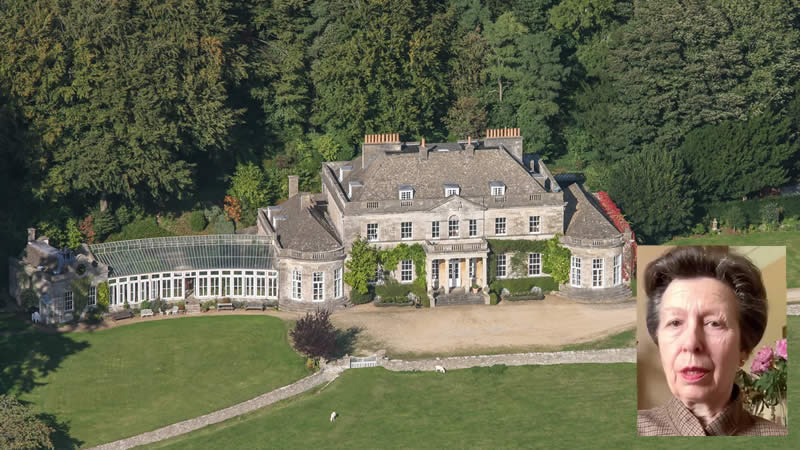 The Festival of British Eventing has been held at Princess Anne’s estate at Gatcombe Park since 1983, except for the previous two years in which it has been canceled due to the coronavirus outbreak. Presently, however, there are preparations for a 2022 opening, with fans excited to see the private residence.

However, as of yet, the tickets for Festival of British Eventing 2022 have not gone on sale.

Princess Anne’s house at Gatcombe Park, which the Queen gifted to Princess Royal in 1976, is in Gloucestershire near Stroud. The property has a total area of 730 acres, with around 200 acres of woodland.

What’s Going to Happen at the Event?

The festival includes three disciplines of horse eventing: dressage, show jumping, and cross country – and it is said to be the triathlon of horse shows.

The event’s official website says: “Each of the three disciplines is designed to test the horses’ ability – dressage shows how trainable the horse is and its basic paces in walk, trot, and canter.

“The showjumping shows athleticism, control, and accuracy while the cross-country tests stamina, speed, jumping, and bravery.”

Why Was This Year’s Festival Cancelled?

Peter Philips, Princess Anne’s son, said in a statement that it was with “huge regret” that the “difficult decision” had to be made to cancel another year at Gatcombe Park.

Mr. Phillips, who is the event’s director, said:

“We had desperately hoped that we would be able to pull off the 2021 Festival because we knew how much everyone was looking forward to it.

“This has been an extremely difficult decision, but the situation with the pandemic is still too volatile.”

“In these restricted circumstances, the event simply isn’t viable, and nor could we guarantee that it would be a good value for the competitors, spectators, trade stands, and loyal sponsors who normally make The Festival such a great occasion.”

The event is extremely popular, bringing the world’s top equestrian Olympians as well as over 40,000 paying spectators and BBC television coverage.

Princess Anne along with her children Peter Philips and Zara Tindall are keen eventers.

If you attend the event, you may expect to see some familiar royal faces.

Queen Just Hit a “Turning Point” With Harry And Meghan, And it Spells “Bad News” for The Couple

Intimate Photos of Prince William, Kate Middleton, what they are doing in Public?