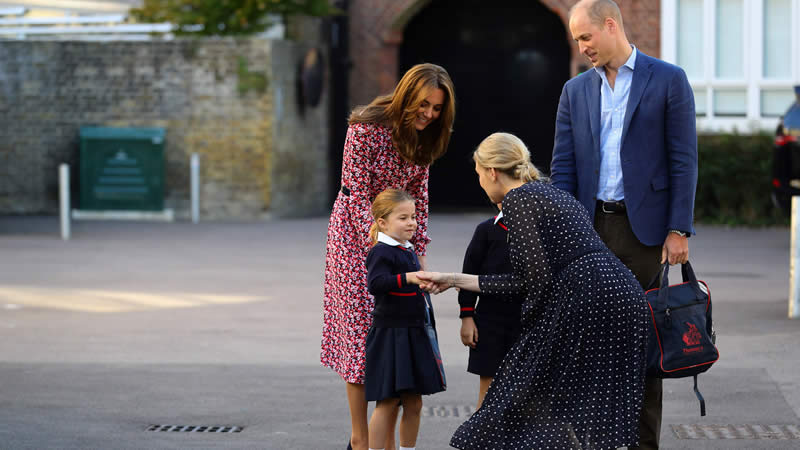 Princess Charlotte and Prince George’s school, Thomas’s Battersea, is reopening this week after the summer break. And after months of home-schooling from the Duke and Duchess of Cambridge, it’s thought the Royal pupils will be returning to school soon for the start of the new term.

Princess Charlotte will be heading into year 1 and George will be going into year 3. And while much of the country might refer to them as ‘Prince’ and ‘Princess’, that’s not quite how they’ll be known by their classmates.

Let’s be honest, ‘Her Royal Highness Princess Charlotte of Cambridge’ (Charlotte’s official title) is quite a mouthful to say during the register, and Charlotte’s full list of first names, Charlotte Elizabeth Diana, isn’t much better either.

It’s thought that Princess Charlotte will instead be using her parents’ title, ‘Cambridge’, as her surname, like other members of the Royal family, including Prince George, have done in the past.

This means the young princess is likely to be known just as Charlotte Cambridge by her classmates, and George will be George Cambridge. Sweet.

As well as their cute surname, it’s also thought that George’s friends have an adorable nickname for him. A source previously told Vanity Fair that George is called “P.G.” at school, standing for Prince George – a much shorter alternative to his official title, which is George Alexander Louis, His Royal Highness Prince George of Cambridge.

10 Tips On How To Improve Your Skin