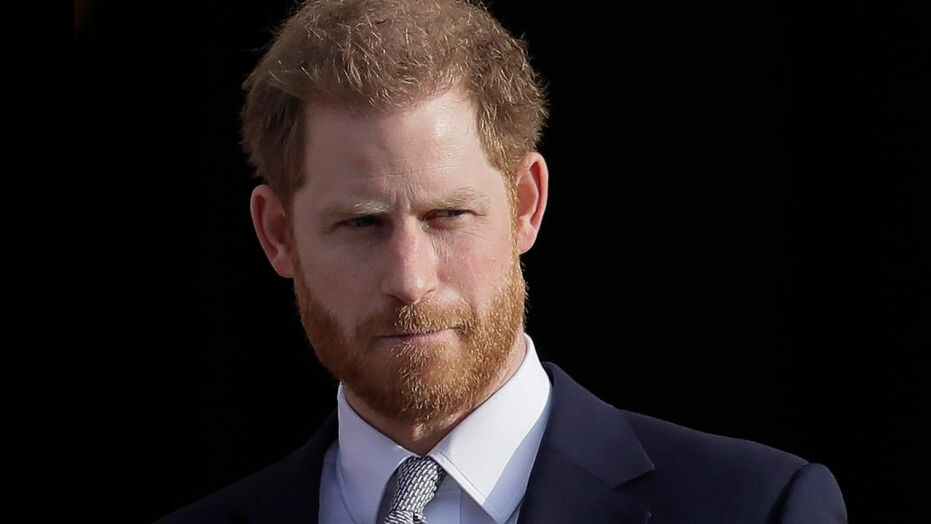 The Duke of Sussex, alongside wife Meghan Markle, was broadcast as part of an ABC TIME100 special. The two royals gave a heartfelt message about the importance of voting, while Harry specifically warned citizens to be mindful of misinformation ahead of the November 3 presidential election.

The Duke said on Tuesday night: “As we approach this November, it’s vital that we reject hate speech, misinformation and online negativity.

“What we consume, what we are exposed to, and what we engage with online, has a real effect on all of us.”

Now, Judi James, a social behaviour and body language pundit, has alleged the Duke looked “uncomfortable” as he delivered his message.

She told the Daily Mail the Prince seemed to be conscious his message could cause a “fall out” in royal circles.

Traditionally, the Royal Family avoid publicly discussing politics. The Queen must remain neutral about political matters, and does not vote.

However, Harry and Meghan stepped down from their senior royal roles earlier this year, and relocated to the US.

Since then, analysts have said the couple have been more vocal about issues they feel are important, such as climate change.

Meghan in particular has now stressed the importance of voting multiple times, stating alongside Prince Harry in Tuesday the upcoming election is “the most important election of our lifetime.”

She added: “When we vote, our values are put into action and our voices are heard.

“Your voice is a reminder that you matter, because you do and you deserve to be heard.”

And last month, the Duchess appeared in an online discussion set up by the United State of Women and When We All Vote organisations.

Neither the Duke nor the Duchess have explicitly voiced support for one particular political party in the US election, though US president Donald Trump admitted yesterday he is “not a fan” of Meghan.

In addition, before Meghan became involved in the Royal Family, she called Mr Trump “misogynistic and divisive” in an US TV interview.

According to TIME magazine, the Duchess is now set to be the first British royal to publicly vote.

Meghan and Harry may be attracting headlines with political comments, but they are not the first royals to do so.

The Queen herself once encouraged Welsh people to vote after an election in 2003 showed a low turnout.

She told the Welsh Assembly: “I share your concerns that we must encourage all our people to exercise their right to vote. This is a real challenge now before us all.”

Machine Gun Kelly’s Tickets to My Downfall Is Here, Megan Fox Joins The Singer In Celebration

This is what Princess Charlotte will be called at school