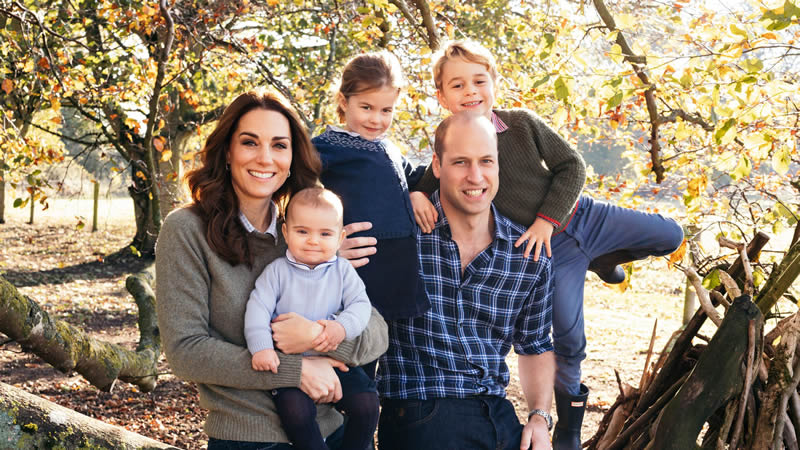 It isn’t often that Kate Middleton, Prince William, and the royal kids are all spotted together out in the wild, off royal duty. But according to Hello!, on Sunday, the family of five was seen playing at Sandringham’s new adventure playground, which just opened on April 23. The playground features “a rope swing, a teepee hideaway, a 14-meter long tube slide and a tree house,” Hello! wrote. The outlet noted that its design has a special connection to Kate; It’s inspired by her Back to Nature garden from the 2019 Chelsea Flower Show.

Notably, the family went to great lengths to be among the first to take in the playground. With Prince George, Princess Charlotte, and Prince Louis now back in school in London, Kate and William drove them out nearly three hours to see the new Sandringham site. The family, of course, has a country home in Norfolk, Anmer Hall, but are currently based at Kensington Palace as the kids attend school. George, 7, and Charlotte, 5 (and turning six this Sunday), go to Thomas’s Battersea together. Louis, 3, meanwhile, just started nursery school, the couple revealed last Friday.

On April 22, one day before Louis’s birthday, the couple shared a new photo of their youngest son. “Three tomorrow! 🚲,” they wrote on their IG. “Taken earlier this week by The Duchess before he left for his first day of nursery, The Duke and Duchess are pleased to share a new image of Prince Louis. 🎈”

Twitter user @lexif1980 shared details about the sighting, writing, “I’ve always been a Kate Middleton fan… today she was in one of my stores on the Kings Road with George and Charlotte, what the team told me about how she was with them and how the kids were with each other makes me like her even more!”

She added, “I wasn’t there but she talked to my team, the kids had a budget that they stuck to and paid for their own things with their own money. Just normal well brought up children and a normal parent trying to do the right thing and that’s just lovely!”

Why Prince Charles is ‘confident, happier’ after Prince Philip’s death