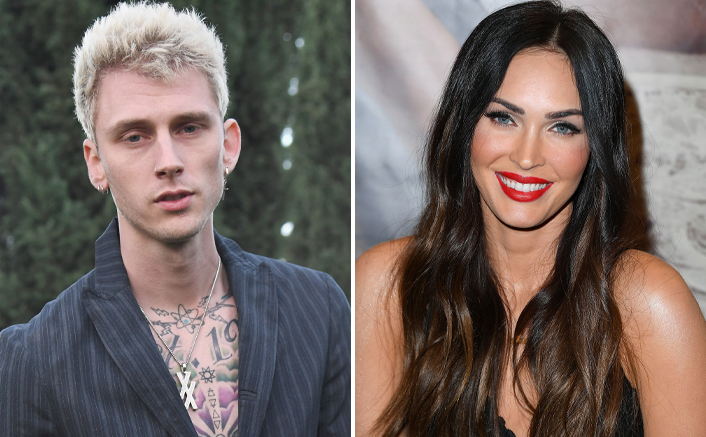 Machine Gun Kelly, born Richard Colson Baker, has released his fifth studio album on Thursday evening. His latest album is titled Tickets to My Downfall and is currently available on music streaming platforms.

This album is a significant change for the rapper as it incorporates punk rock rhythms and spitting vocal melodies.

Machine Gun Kelly and Megan Fox were spotted arriving at the Mayan Theater in Downtown Los Angeles. The couple appeared to be celebrating the release of his album at the historic venue.

Megan Fox completed her look with a white crossbody bag and One Star sneakers with neon yellow laces.

Talking about Machine Gun Kelly’s Tickets to My Downfall, the dinger has announced two live stream concerts to celebrate his latest studio album. The shows will kick off next month in Los Angeles at the Roxy.

Blink-182 drummer Travis Barker, who served as executive producer on Tickets To My Downfall, will join him for the first live stream on October 1. At this concert, the pair will perform the new album in full.

On the weekend of October 8, Kelly will perform his fourth studio album Hotel Diablo also from the Roxy. The shows kick off at 6 pm PDT/9 pm EDT.

During a recent chat on The Howard Stern Show, Machine Gun Kelly opened up about his relationship with Megan Fox.

Talking about Fox, Machine Gun Kelly said, “I didn’t know what [love] was until me and her made eye contact. That’s when I was like, ‘Whoa.’” For those who do not know, the couple met on the set of Midnight in the Switchgrass.