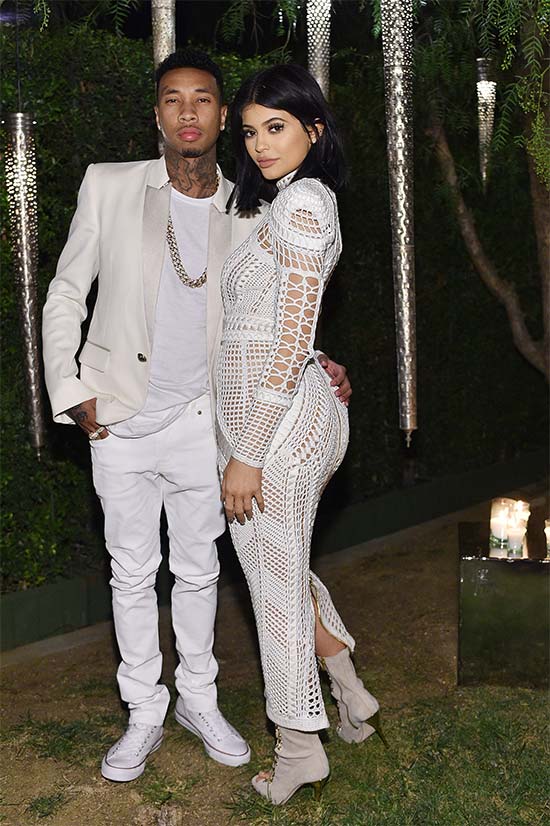 Kylie Jenner flashes a huge diamond ring as she leaves La Scala restaurant in Beverly Hills The Rack City hitmaker has been linked to Kim Kardashian’s youngest sister on and off since 2014, but multiple sources tell People.com their romance has allegedly cooled off in recent weeks, and they are now on a break. “They tend to take little breaks all the time and then get back together,” one insider says. “It’s definitely possible they’ll work things out again.”

The stars have yet to comment on the claims, which emerge just under a year after they last split. At the time, Kylie appeared to move on from the troubled romance by stepping out with another hip-hop star, PartyNextDoor, before reuniting with Tyga. “I just needed to see what it was like not being with him (Tyga),” she told Complex magazine of her brief fling with the Canadian artist in October (16). “We (she and Tyga) realised that wasn’t what we wanted.” Kylie also admitted she had fallen hard for Tyga early on in their relationship, and she refused to listen to others’ advice warning her the 27-year-old was trouble.

“The first year we started hanging out, everyone around him told him not to be with me,” she explained. “I still get comments like, ‘Don’t be with him.’ But we’re not doing it for the public – we love each other. We need to be together at all times. We never get mad at each other, we just figure things out.” In addition to their controversial eight-year age gap, their relationship was complicated further in early 2016 after Tyga’s ex-fiancee, Blac Chyna, began dating Kylie’s brother Rob Kardashian. Rob went on to propose to the model, who is mum to Tyga’s four-year-old son King, and in November (16), Blac gave birth to Kardashian’s daughter, Dream.

5 Ways to Show Your Wife Appreciation