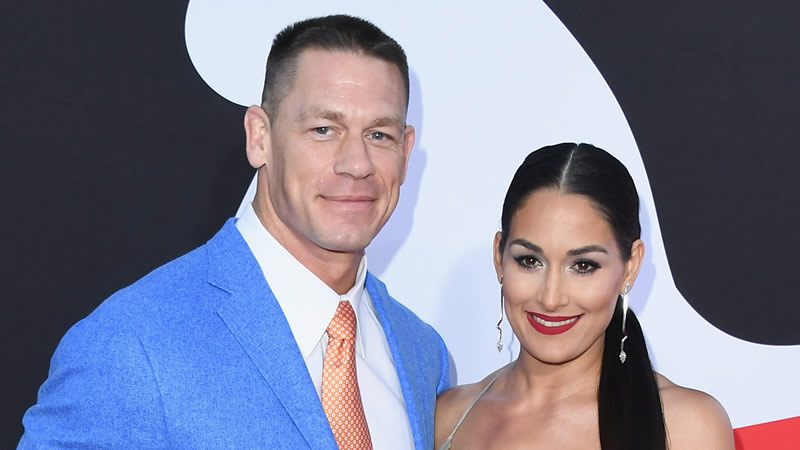 Exes Nikki Bella and John Cena might be broken up, but it’s clear there’s still a whole lot of love and respect for one another. Nikki and Cena’s relationship was pretty iconic in the world of wrestling (how could we ever forget Cena’s proposal in the WWE ring in front of a cheering crowd?). But when their engagement suddenly ended in 2018, the two were left to suffer the heartbreak that came with their six-year relationship coming to a close. So when Nikki gave her ex-fiancé a special shout-out when she and her sister Brie celebrated the milestone of being officially inducted into the WWE Hall of Fame, fans were left shocked.

During their speech, the Total Bellas stars thanked many people who have helped them become the wrestling legends they’ve come to be, including Dusty Rhodes, their stepfather John Laurinaitis, and Pat Patterson. Brie also took a second to highlight the female wrestlers that “fought alongside us and helped revolutionize the women’s division.”

When it was Nikki’s turn to talk, she went on to underscore her fellow male wrestlers as well, who she says “have been on this journey with us too” and who gave them the courage to be “whoever we wanted in that ring” before sharing some unexpected sweet words about Cena.

Nikki referred to Cena simply as “John” sans his last name: “To John, thank you for teaching me a lot about this business and truly helping me find my fearless side,” she said.

While the two broke up over two years ago and have since both found new partners — Nikki is engaged to fiancé Artem Chigvintsev and Cena has married Shay Shariatzadeh — it’s so heartwarming to see that Nikki is still able to look back at her relationship with Cena with a positive outlook.