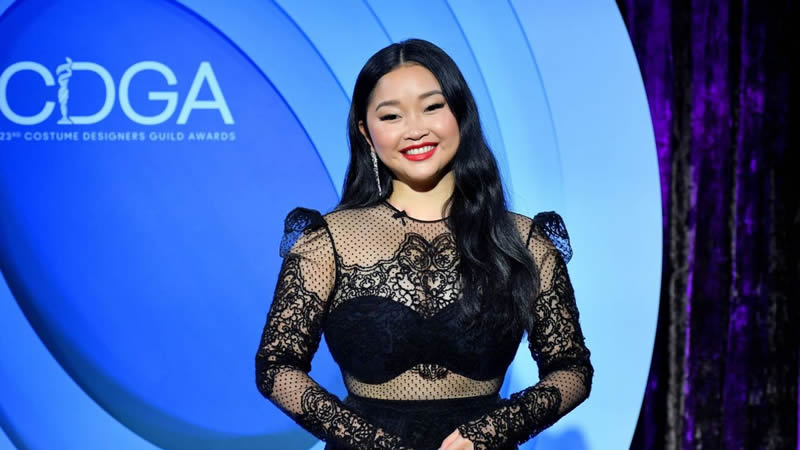 Influencers and celebrities share their approaches to wellness and mental health, from self-care rituals to setting healthy boundaries to the mantras that keep them afloat.

Before Lana Condor became known as Lara Jean Covey, the lovable protagonist of the Netflix trilogy To All the Boys I’ve Loved Before, the actress was a dancer. The 23-year-old tells Yahoo Life that she was, in fact, a ballerina in what she now calls “another life,” before realizing that the dance form wasn’t for her.

“I did ballet for so long, but I wouldn’t say I was happy doing it for so long,” she explains. “It’s very stressful on the mind and on the body.”

While attending dance conservatories at the age of 13, Condor did have a bright spot in her day: Zumba, an exercise fitness program created by Colombian dancer and choreographer Alberto “Beto” Pérez.

“They always had Zumba as an elective class that you were supposed to kind of mix into your classical ballet training,” she says of the dance schools she attended. “I was always looking forward to my Zumba classes and my Zumba days because I felt like I could experience more joy moving my body.”

At the age of 18, Condor stopped ballet and has since been open about how her training led to a long-term struggle with body dysmorphia. “You’re really wearing nothing in front of a mirror all day long and you’re being critiqued by the teachers all day long,” she says. “For me, it really took a toll on the way that I see myself.”

Now, she’s continuing her “healing” with a partnership with Zumba, celebrating the workout’s 20th anniversary on International Dance Day. She says that her relationship with the brand also helped her during the pandemic.

Why was Zumba something that you turned to during the pandemic?

We have to protect our minds and our bodies so much after this year. But I think to take an active step and just kind of start to move again, Zumba has really helped me to enjoy moving my body, even during dark times. It’s just a lot of fun. If you’re looking to have a joyful experience and also not to push your body past its boundaries, because you’re just trying to stay afloat, I would say Zumba is the right workout for you and you’ll feel better after doing it. These classes are so energizing and so positive, and I do think that we really need more of that after everything that we’ve been through and everything we keep experiencing.

It’s been joyful for you, but how has it also healed you?

I’m working on healing and working on even just processing these unhealthy ways of thinking about myself. But I also know it’s not my fault. I spent hours and hours and hours for all of my formative years growing up, being critiqued. Not critiqued about my personality — physically critiqued. That’s tough and that’s why I love acting, because I have a voice.

The Zumba classes that were incorporated into my curriculum and into my dance education were a real saving grace because it was the one place that I felt like I could make a mistake and it was celebrated, because there are no wrong moves in Zumba. There’s no right way to do it. You just show up and have a good time.

How else were you able to take care of yourself during quarantine?

I’ve been reading quite a lot. That makes me feel more centered and at peace. I’ve been taking a lot of baths, I’ve been cuddling with my dog and I’ve been trying my best to regulate how much I’m reading the news or going on social media, because God, if we’ve learned anything this year, it’s that we have to create boundaries because there is so much crap. So creating those boundaries and trying to only look at the news maybe for, like, 10 minutes a day, which I know is not that much, but it’s kind of the best. You’ve gotta protect yourself somehow during this time. And keeping friendships has been important.

Did you enjoy the slower pace of life?

It’s weird because I definitely think my nature has always been very introverted, but because of the industry that I’m a part of it’s kind of made me have to be an extrovert and made me have to be social. And I think that’s been healthy, like it’s pushed me out of my comfort zone a lot when it comes to expelling massive amounts of energy to the general public. But I think that the pandemic took all that away. I moved to Seattle, I moved out of L.A. I have my little family out here and kind of stripped away all the reasons why I’ve had to expel extra bits of energy in the past. And I’ve been really loving it. It sounds horrible, but I really love not talking to people. I love talking, but I also, if I don’t have to talk to anyone for a whole day… I’m that person who won’t talk for a couple of days as like a meditation.

The REAL Reason behind Naomi Osaka’s Withdrawal from French Open

Kate Moss is reportedly training to be a tattoo artist; Supermodel’s pal reveals she asked him to train her