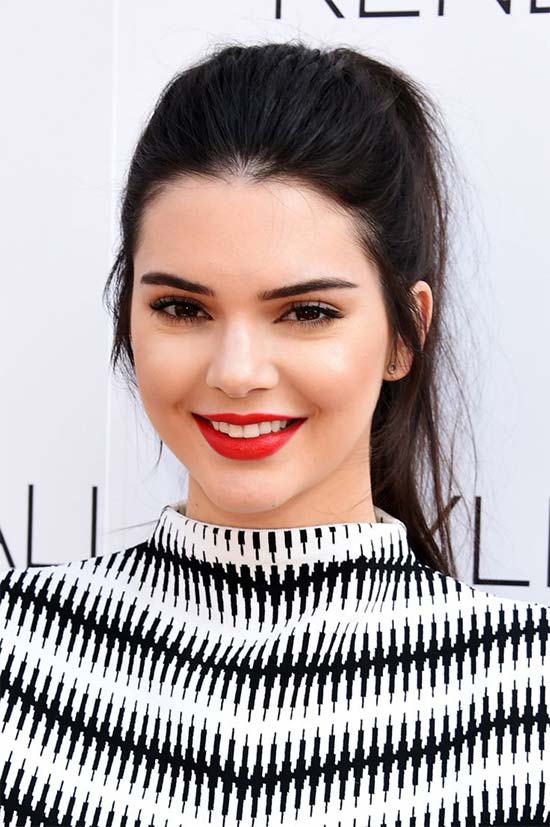 The model and reality TV star appeared in Los Angeles County Court in October (16) to testify against Shavaughn McKenzie, who was arrested outside Kendall’s Hollywood Hills home in August (16) after he allegedly followed her through her security gate when she arrived back home in her car. In Sunday night’s episode (26Mar17) of Keeping Up with the Kardashians, the 21-year-old recounted the incident and revealed that she didn’t want to testify because she felt bad for him.

“I don’t think he’s mentally there,” she said. “I don’t even know if he can control what he’s doing. Like, he thinks what he’s doing is normal and fine.” Speaking directly to the cameras, she explained being famous means people feel like they know her, and don’t take into account they are in fact strangers. “They don’t realise that they don’t actually know you,” she shared. “That was my scenario. So when he came into my house, he thought it was OK. He literally talked to me like I knew who he was.”

Her mother Kris Jenner told Kendall she had to testify to make it clear the family won’t tolerate that type of behaviour and to “set a precedent” for anyone who might try to do the same. As the trial date came closer, Kendall told half-sister Kim Kardashian the thought of seeing McKenzie in court “freaks me out” and “gives me crazy anxiety” but after she went through with it, Kendall admitted the experience wasn’t as awful as she thought, but she still felt badly for her stalker.

“It’s really sad. I was on the verge of tears the whole time because I felt bad for him,” she confessed. “Even though it’s necessary right now, it makes me sad… (but) it’s definitely necessary to protect myself, because I don’t know what anyone is capable of doing.” In October (16), McKenzie was given a five-year restraining order which bans him from coming near Kendall or contacting her.

The post Kendall Jenner Was Reluctant to Testify Against Stalker appeared first on Womenz Magazine.

Emma Roberts Gets Scared at Her Own Movies