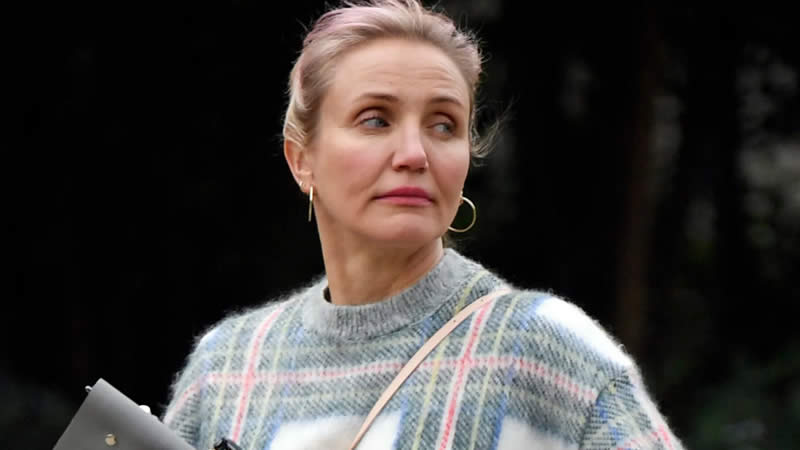 Now, we finally know why the actress, 48, is continuing to take an acting hiatus. Diaz spoke with SiriusXM’s Bruce Bozzi during the segment Quarantined with Bruce on Feb. 18 and revealed what’s stopping her from getting back into Hollywood.

She first answered his question on whether she has plans to make a comeback, saying, “I’m never going to say never about anything in life. I’m just not that person. So will I ever make a movie again? I’m not looking to. But will I? I don’t know. I have no idea.”

Diaz explained what factored into her decision: “I couldn’t imagine, being a mom now, where I’m at as a mother with my child at her first year, to have to be on a movie set that takes 14 hours, 16 hours of my day away from my child. I just couldn’t.”

She added, “I wouldn’t have been the mom that I am now had I chosen to do that at any other time in my life.”

“She has instantly captured our hearts and completed our family,” the couple wrote in a joint statement on Instagram. “While we are overjoyed to share this news, we also feel a strong instinct to protect our little one’s privacy. So we won’t be posting pictures or sharing any more details, other than the fact that she is really really cute!! Some would even say RAD.”

In her new interview, Diaz explained that she’s purely focusing on family, aside from her work with her Avaline wine brand. “Avaline is the only sort of day-to-day work that I’m doing other than being a wife and a mother, which has been the most… rewarding.”

The Charlie’s Angels alum said, “It really has been the most fulfilling part of my life so far. I just like so important… I probably somehow waited for this, so that I could do all that other stuff. So I didn’t have any distractions, you know what I mean?“

While holding true her promise to keep her daughter out of the spotlight, Diaz gave a few breadcrumbs to Jimmy Fallon about what her quarantine experience has been like as a new mom. On a July episode of The Tonight Show, she spilled, “It’s been heaven.”

The proud mother went on, “Literally every single day… there’s leaps and bounds and these things that happen that—she’s not the same baby she was yesterday… It’s so gratifying to actually get to see that growth and to be a part of it and to help just let her be her.”

Madden and Diaz tied the knot in 2015 at her home in Beverly Hills. She had Benji’s sister-in-law, Nicole Richie, and her pal Drew Barrymore as her bridesmaids.

Throughout their seven-year love affair, she’s said she’s never been in love the way she is with the musician.

“Getting married to him was the best thing that ever happened to me,” she previously told InStyle. “My husband’s the best. He’s the greatest human being, and he’s my great partner. Marriage is certainly hard, and it’s a lot of work.”

Mila Kunis On Why Family Guy Is The Best Job Ever