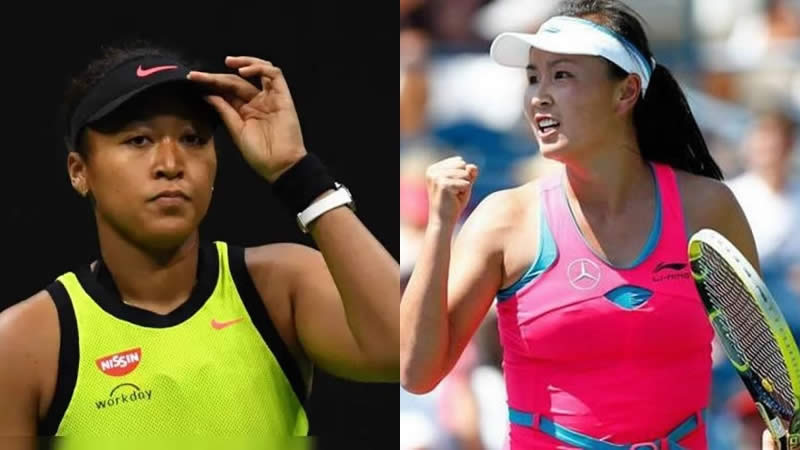 Two weeks ago, Chinese tennis star Peng Shuai took to Weibo to accuse a retired high-ranking Communist Party official of pressuring her into sex. Her post, and discussions of it, were quickly wiped off the Chinese internet. But now colleagues in the tennis world are trying to keep alive a conversation that cannot take place in China.

On Tuesday (Nov. 16), Japanese tennis pro-Naomi Osaka took to Twitter to ask about Peng’s whereabouts. California-based Osaka, who is on a break from the sport, is the most prominent tennis player so far to stand up for Peng, and her tweet follows a statement in support of the Chinese player from the Women’s Tennis Association, the main body for professional women’s tennis.

In both cases, they risk retaliation from Beijing, which has previously penalized artists and sports figures who have criticized the country, including leveraging lucrative endorsement deals from Chinese companies.

Hey everyone, not sure if you’ve been following the news, but I was recently informed of a fellow tennis player that has gone missing shortly after revealing that she has been sexually abused. Censorship is never ok at any cost, I hope Peng Shuai and her family are safe and ok. I’m in shock of the current situation and I’m sending love and light her way. #whereispengshuai”

Several other tennis players have also expressed concern over Peng’s situation, while Osaka’s post has received over 22,000 likes and thousands of retweets at the time of publishing.

On Nov. 2, Peng, 35, took to Weibo, the Chinese social media app, and in a lengthy post detailed allegations of sexual coercion by Zhang Gaoli, a 75-year-old former vice-premier, in perhaps the most high-profile #MeToo accusation of a government official in the country so far. The Chinese government scrubbed Peng’s statement within 20 minutes of her posting, and she hasn’t been seen since.

Other prominent Chinese citizens have vanished from the public eye, often for months, after falling afoul of the government, including Jack Ma, the billionaire founder of Alibaba, and Fan Bingbing, a popular actress. Peng’s erasure comes as Beijing prepares to host the Winter Olympics, which is likely to draw hundreds of athletes to the country despite a boycott effort.

Screenshots of Peng’s post continued to circulate despite the censorship, as Chinese citizens discussed the case in coded language. Some Chinese feminists are trying to keep attention on the topic by projecting messages at unidentified locations in support of Peng. One person involved in the effort told Quartz “many women in China want a space to express their concerns and support for Peng Shuai, but are not able to…We want to do whatever we can to bring her story and our support for her back to the public.”

On Sunday (Nov. 14), Steve Simon, chairman, and CEO of the Women’s Tennis Association (WTA) issued a statement seeking an investigation into Peng’s allegations against Zhang, and an end to her censorship.

“Peng Shuai, and all women, deserve to be heard, not censored. Her accusation about the conduct of a former Chinese leader involving a sexual assault must be treated with the utmost seriousness,” Simon said. “We commend Peng Shuai for her remarkable courage and strength in coming forward. Women around the world are finding their voices so injustices can be corrected.”

After the initial statement, Simon told the New York Times the association had received assurances from within China that Peng is safe.

Simon also acknowledged the WTA’s business relationship with China, which includes 11 tournaments and a long-term deal to hold its finals in Shenzhen, could be at risk. “If at the end of the day, we don’t see the appropriate results from this, we would be prepared to take that step and not operate our business in China if that’s what it came to,” she told the Times.

In 2019, China famously penalized the NBA after Daryl Morey, the manager of the Houston Rockets, tweeted in support of Hong Kong’s protest movement, while Turkish soccer star Mesut Özil has seen a shadow over his career after speaking out about human rights abuses in the Chinese region of Xinjiang.